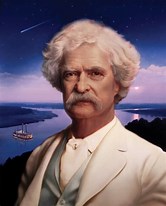 Military failure brings political failure, which brings about economic failure. Since the inception of the phony war on terror the US military has been in constant conflict for a generation. It was going to be so easy they said, the Project for a New American Century promised. Donald Rumsfeld said so and yet it goes on still. Remember, " Mission Accomplished!" A generation of Americans roped and hornswoggled into the military for phony, flag waving patriotism or promises of educational opportunity.

Trillions of dollars in military spending, treasure thrown into the inferno wasted and squandered. My personal favorites were buying used Russian helicopters for more than the price of new helicopters because they were easier to fly. But before the pilots could be flight ready the coalition first had to teach the pilots how to read. Then there were the Italian built cargo planes which were purchased without any spare parts. They quickly became airfield lawn ornaments because there was no maintenance training offered to the Afghan air force. Remember when? I'm gonna go way back here, remember when the US and NATO negotiated and end to the war in Bosnia? Under the terms of the agreement both sides were disarmed and their weapons were to be destroyed. They weren't, they ended up as weapons for the new Afghan army, your tax dollars at work.

What's a little corruption between friends? The goal was to wall off the Middle East oil reserves for the benefit of the United States. No more oil shocks, Uncle Sam has them by the throat. Did you say you wanted to trade for oil in something besides dollars? Not a good plan little man. Laissez-faire Capitalism at the point of a gun or the point of a ball point pen and a three-piece suit. Fracking has made the US a net oil exporter. Here's how it works; the oil company offers you a check to drill on your land. If you refuse, they come back with a bigger check. If you still refuse, they go to your neighbor's house and repeat as necessary. As was told to me either way your water is ruined, stay here and drink it or cash the check in Boca Ratan.

Isn't Capitalism wonderful? In 2008, before the world was robbed, I had my own business and lived in a nice house with two cars in the driveway. Life was wonderful blissfully ignorant. Wealth is the greatest opiate anesthetizing us to the misfortunes of others. They must have made poor choices or had bad habits pitting us against each other. But graduation day in the course of misfortune is an epiphany. No hands of Jesus could change you more. Suddenly you're in a different world and the folks in the Home Owners association no longer seem relevant. I'm one of you, you offer but you're not. You no longer own a home or a car you are an outcast. You own a suitcase with old clothes and an old guitar, your friends are the people you meet at the library.

But don't take it personal, it was only twelve million home foreclosures. The suicide rate for men over fifty became the leading demographic. You are now more likely to die from a drug overdose than an auto accident. Isn't America wonderful? I sat at a table with people from Europe and they asked, "What happens if you get sick without insurance?" I answered blandly, " You die." They persisted, " No, really?" A recent meme offered, fifty percent of all cancer patients are forced into bankruptcy. I found that figure astonishing, only fifty percent? It's the world turned upside down the grass is eating the cows.

Cleveland.com reported that more than seventy percent of those addicted to heroin started with prescription pain killers. Let me hold the football for you Charlie Brown, either their insurance ran out or the doctor wouldn't prescribe them anymore and "Arrrgh!" The medical communities reply, no money, f*ck off! The government's reply, private prisons or the more sympathetic approach, supervised injections, because we don't want you dying on my watch.

Heroin is not a party drug, it is cheap and readily available to those who feel helpless. In a country which offers no hope or help Heroin is a viable alternative to facing the reality of inescapable poverty. The failure is not theirs the failure is ours. While living in a rooming house in Minnesota my roommate was a biomedical engineer, he had designed heart stents but hey, I hear McDonald's is hiring.

In 2016 Bernie Sanders ran for office promising fifteen dollars an hour, that was four years ago. That figure has been erased by eight percent. When the minimum wage is a poverty peon wage what is hope? The richest man in America pays no taxes and workers earning three hundred dollars a week pay two hundred dollars a month for bullshit health insurance the seventy-five-dollar deductible assuring it will never be used, pass me some of that heroin.

We are no longer fighting for political ideas but political realities. We are no longer fighting for economic ideas, we are fighting for economic realities of our lives and the lives of our children. Our government is overtly or covertly supporting white nationalism. Let me put that in base terms for the less discerning, our government is espousing Nazi Fascism complete with concentration camps, Complete with kangaroo court justice. The state of South Carolina voted to deny women in South Carolina prisons free access to feminine hygiene products adding insult to injury by saying, "we're not a country club." How much lower can you go? How far away from ovens can we be?

The President's recent budget proposal is dead on arrival, but it is the starting point for negotiations. It can be described in three words, f*ck you people! f*ck your schools, f*ck your healthcare, f*ck your art, f*ck your cities, F*ck the poor and destitute, f*ck the elderly, f*ck the children and f*ck the environment, F*ck your dreams and f*ck the horse you rode in on. Your government has declared war...on you!

"There were two "Reigns of Terror," if we would but remember it and consider it; the one wrought murder in hot passion, the other in heartless cold blood; the one lasted mere months, the other had lasted a thousand years; the one inflicted death upon ten thousand persons, the other upon a hundred millions; but our shudders are all for the "horrors" of the minor Terror, the momentary Terror, so to speak; whereas, what is the horror of swift death by the axe, compared with lifelong death from hunger, cold, insult, cruelty, and heart-break? What is swift death by lightning compared with death by slow fire at the stake? A city cemetery could contain the coffins filled by that brief Terror which we have all been so diligently taught to shiver at and mourn over; but all France could hardly contain the coffins filled by that older and real Terror that unspeakably bitter and awful Terror which none of us has been taught to see in its vastness or pity as it deserves." Mark Twain

It should always be remembered that the French Revolution was bloody, but it was effective.