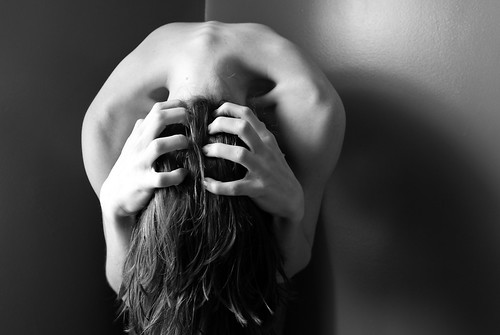 WASHINGTON -- People who struggle to cope with uncertainty or the ambiguity of potential future threats may have an unusually large striatum, an area of the brain already associated with general anxiety disorder, according to research published by the American Psychological Association.

"Uncertainty and ambiguity of potential future threats are central to understanding the generation of anxiety and anxiety disorders," said lead author Justin Kim, PhD, of Dartmouth College. "Our research suggests a relationship between an individual's ability to deal with this uncertainty and the volume of gray matter within a specific area of the brain."

The research was published in the APA journal Emotion.

"People who had difficulty tolerating an uncertain future had a relatively enlarged striatum," said Kim. "What surprised us was that it was only the striatum and not other parts of the brain we examined."

Previous studies focusing specifically on patients with obsessive compulsive disorder and general anxiety disorder have also found increased gray matter volumes in the striatum, but this is the first time it has been found in association with intolerance of uncertainty in the absence of a confirmed diagnosis, according to Kim.

"Our findings demonstrate that the relationship between increased striatal volumes and intolerance of uncertainty can be observed in healthy individuals," he said. "Having a relatively enlarged volume of the striatum may be associated with how intolerant you are when facing an uncertain future, but it does not mean you have OCD or generalized anxiety disorder."

While the striatum has been primarily known for its role in motor function, animal studies have also suggested that it plays a role in how we predict whether or not we will receive a reward for a particular behavior while learning new tasks, according to Kim. "To put it another way, the striatum encodes how predictable and expected a reward is -- a higher form of reward processing compared to simply responding to a reward. Given that an important component of intolerance of uncertainty is a desire for predictability, our findings offer a biological marker related to our need for predictability," he said.

Since the findings came from psychologically healthy individuals, Kim suggested that that the volume of the striatum in young adults could predict those at risk for developing generalized anxiety disorder or OCD later in life, but that remains to be seen. More important, he said, the findings could serve as a starting point for treating symptoms specific to these disorders by monitoring the striatum and tracking its volume over the course of treatment. Article: "Intolerance of Uncertainty Predicts Increased Striatal Volume," by M. Justin Kim, PhD, Jin Shin, James Taylor, PhD, Alison Mattek, Samantha Chavez, and Paul Whalen, PhD, Dartmouth College. Emotion, published May 15, 2017.

Related Topic(s): Anxiety; Brain; Fear; Risk, Add Tags
Add to My Group(s)
Go To Commenting
The views expressed herein are the sole responsibility of the author and do not necessarily reflect those of this website or its editors.