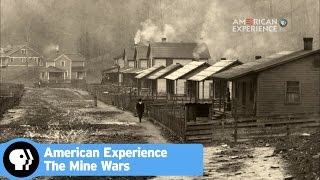 The Coal Town System West Virginia coal operators built small, company-owned towns for their miners to live in. The coal towns were almost always unincorporated; there were no ...
(Image by YouTube, Channel: AmericanExperiencePBS)   Details   DMCA

I dedicate this article to my dear and respected friend Jerry Policoff who encourages and inspires me with his conviction that progressive is not extreme, it has only been framed as such by those who fear it.

The term redneck gets thrown around alot in West Virginia and is a common insult used towards West Virginians by those outside looking in. The word conjures up pejorative images of rough looking white men with big trucks, emblazoned with rebel flags, "hootin an hollerin" and shootin' their guns.

These images, disdained by some, worn as badges of honor by others, show the extent to which the word has been corrupted from its original meaning. The nature of human beings to have short memories only hasten the process.

When WV voted for Donald Trump, I can't say I was completed shocked. Obviously he successfully sold his brand of populist snake oil to the voters, preying on their sense of pride and hope for a better economic future. More importantly, he understood that Hillary's attack on coal, although perhaps a better environmental policy, was a direct attack on the history of West Virginians and showed her complete lack of understanding of who we are at our core- the working class.

The saddest part for for me was in realizing that many West Virginians themselves have but a vague remembering or no knowledge at all about how we became "rednecks". So many have forgotten the origin of the miners' labor movement, born from the exploitation, abuse and violence of their ruthless employers.

Given its history, West Virginia should be one of the most radically socialist states in the nation. So what happened? How did this state go from a vastly union supporting state to a state who overwhelmingly voted for a capitalist billionaire?

They emerged from the tunnels, eyes squinting even in the subdued light of an almost setting sun. Their faces black, the shine of their hair dulled by the layers of thick coal dust caked into the very scalp. Their eyes, sharp and bright against the dark backdrop of their visage, spoke without words of the exhaustion they felt. Their bodies, from the youngest to the oldest, at differing stages on the path to destruction, would continue on the next day, as inevitably as the next coal car in its turn, eventually disappearing into the darkness of the mine for the last time.

The work is brutal. The days are long. Conditions are dangerous. Explosions and cave ins are common. Children work alongside adults.

It was the late 1800s. The life of miners in lower WV at this time in many ways, exemplifies in the clearest of terms, the great lies of capitalism. The capitalist mantras of "hard work is all you need to get ahead", "those who fail are just lazy" or "the free market is only the way to a free society" are all obvious contradictions when examined in the context of a time when capitalists made all the rules.

In rural mining towns, companies owned and controlled every resource. They owned the housing where the miners lived, the stores where the miners shopped. And to complete the cycle of control, the miners were paid in scrip, not money. The scrip was only good for the purchase of goods from the company store and the payment of rent in company housing.

This meant simply asking for higher wages would have no effect on their standard of living because the company could just raise the cost of rent and goods to equal that of the miners pay.

By the way, the coal company didn't pay by the hour. They paid by the ton of coal and work like shoring up questionable, dangerous passages were done without compensation. By controlling every aspect of the economic ecosystem the coal company could insure that the income of miners after paying expenses would always be less than zero. This put them in a perpetual state of indentured servitude. It was simply reinvented feudalism.

Of course the companies tried to portray this system as paternalistic. As "taking care of every need" of the miner. But in practice, mining towns were prison camps. The coal company also owned the land, the bridges, the roads and the private lawmen that were paid to mete out "justice", the notorious Baldwin-Felts thugs.

Striking workers were not permitted on company property, including roads and bridges, and the company guards were permitted to fire on and kill miners who dared to trespass. Advocates of capitalism often pontificate that workers who don't like their jobs should "vote with their feet", a ridiculous notion when one considers life under these conditions.