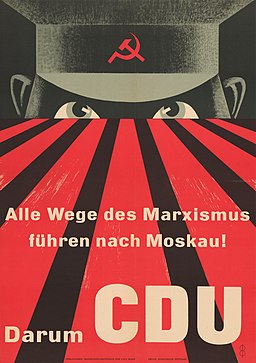 When is somebody - anybody - going to challenge the claims in the Mueller report ? Anyone ....anyone ? Bueller? The plain fact is that nowhere in the entire 400 page report is there a single shred of evidence that did anything at all - even attempt to influence the 2016 election. [1] Nowhere in Elizabeth Warren's impassioned statement demanding prosecution does she cite evidence of Russian interference . I can only conclude that in rogue state logic evidence is not required. Accusations suffice to send an entire country into apoplectic spasms of hysteria.

The substance of the Mueller Report is...r-u-s-s-i-a-g-a-t-e, that ludicrous fairy tale we have been tormented with for the last two years. It is pointless to mention Nordstream II's huge value to Germany, America's falling place in world influence, the success of China's Belt and Road trade Initiative, Netanyahu's influence on Congress or his financial support of neocon congressional candidates, Sheldon Adelson's campaign contributions (conditioned on more Mideast wars in support of Israel), Mike Pence's fantasies of The Rapture, Mike Pompeo's history of lying, Hillary Clinton's personal enrichment while acting as Secretary of State, the lunacy of imagining that Cuba, Nicaragua or Venezuela pose threats to US national security, or John Bolton's dangerous psychosis. Whatever 's failures, whatever 's losses, all we need to know is that ' caused them'. As for Mueller's credibility and history of service to neocon wars, his promotion of one world government, see former FBI agent, Christine Rowley's factual account of her knowledge of Mueller here.

Here is what we know from verifiable sources (not from Mueller):

1- The 13 Russian trolls who placed ads on Facebook (click-bait ads) were paid to do so, but there is no evidence that connects the 13 with Putin or the Kremlin. According to research from Moon of Alabama, most were $3 mini ads that led to more click bait ads. 66% of the ads appeared after the election and a third had nothing to do with politics. (some were about puppies). Only one ad promoted a pro-Trump rally prior to the election - in , but evidently not many saw the ad because only 12 people showed up.We do not know who paid the click bait company, called Internet Research in , to place the ads. Neither does Mueller. But Zuckerberg testified that its total Facebook bill was under $100k. (vs. the millions spent by the two campaigns). I found two WaPo articles on this subject but neither presented facts or evidence on what the ads said or how the ads might have influenced the election. There was a lot of vague innuendo but no supporting evidence, and even begrudging admissions from Facebook reps that the ads were not widely seen. What we do know is that one of the 13 accused Russians actually showed up in court in DC to present evidence of his innocence. A very surprised Mueller had no evidence against that person to present and dropped the case. The Russian went home. The other 12 did not show up, so their indictments still stand - which leads one to question whether Mueller had any evidence against anyone at all, since evidence is not required for an indictment.

2 - Mueller's source for "Russian interference" was only belatedly found to be none other than Christopher Steele, the retired MI-6 agent who was paid $200,000 by the campaign to come up with a dossier that showed Trump had colluded with Russians. Worse is that Mueller got the FISA warrant to investigate Trump by using the Steele dossier as grounds and lied to the FISA judges about its credibility. Two more reports have surfaced since the release of the Mueller report: this one - - Deceptive Edits Found in the Mueller Report click here; and a report from The Hill that a Trump campaign worker Mueller labeled as one of Trump's 'Russia connections' was actually a State Department Intel source.

3 - There is no evidence that Assange or any other Wikileaks member has ever been in contact with any agent of the Russian government. It has further been proven beyond any doubt that the DNC emails were not hacked, but were leaked by a DNC employee angry at the treatment of Bernie Sanders. This was proven by William Binney, the man who designed the NSA's spying system. Assange has never revealed a source, but he implied that the leaker was in fact the murdered DNC employee, Seth Rich, by offering a substantial reward for information leading to the prosecution of Rich's murderer.

The point of all of this -instead of resorting to cheating and lies and illegitimate attacks, Congress needs to come up with real charges of high crimes committed by Trump, not stitched up charges of Russian interference on his behalf. For Mueller to have spent 25 million dollars and taken two years to then say "I found no evidence that Trump is a tool of the Kremlin, but he may have obstructed our pointless, cooked- up investigation. I am leaving town. Now it is your problem", is an unbelievable cop-out. As Jimmy Dore pointed out in his inimitable style, no prosecutor has ever before held a press conference to announce that he could not make a case because he had no evidence but he believes the person to be guilty anyway. No doubt he knew that a year ago. If he had so stated, Congress could have focused its attentions on Trump's real crimes - e.g., dismantling the infrastructure of the federal government, initiating economic war against long-standing allies, refusing to serve and protect the Constitution of the United States, bombing Syria without a declaration of war from Congress, arming Saudi Arabia in defiance of Congress, ignoring Congressional subpoenas, holding critical legislation hostage to the funding a useless border wall, using the office of the presidency as a means to drum up business for his hotels. Way too many people had way too much invested in Russian election interference. Why? because A) they want war with , not peaceful relations and B) "Russian interference" was Hillary's way of excusing her failure with voters and a huuuge distraction from the offenses she committed as Secretary of State. I remember Assange saying that the choice between Trump and was like a choice between cholera and gonorrhea. That was how I felt.

No, I do not trust Mueller. I do trust the writers at Robert Parry's Consortium News, who have published multiple articles over a two-year period, exhaustively researched and verified by facts, that proved Russia-gate was and is a hoax. Period. End of story. I also trust Professor Stephen Cohen, foremost expert on US - relations, who tells us in his new book War with ? that Russia-gate has decimated our most important international relationship and has put the world at risk of nuclear war - whether by intention or by accident.

The truth will eventually come out. about all of it - about the phony-baloney Red Scare tactics, about the downing of MH17, the coup in Ukraine, the poisoning of the Skripals, about the 911 attacks, the persecution of journalists and whistle-blowers, about "donations" to the Clinton foundation, about Israel's perennial claims that Iran has nuclear weapons, about the cesspool of corruption that defines all branches of the federal government, about the Kennedy assassination. Until then I will cease trying to convince anyone of anything, and try to find solace in some more enlightened country in more enlightened company.

[1] "Although Mueller's report clearly obliterates the Russia-gate conspiracy theory peddled by the military/security complex, the Democrats, and the presstitutes, Mueller's report takes for granted that interfered in the election but not in collusion with Trump or Trump officials. Mueller states this interference as if it were a fact without providing one drop of evidence. Indeed, nowhere in the report, or anywhere else, is there any evidence of Russian interference."Paul Craig Roberts

Related Topic(s): Mueller Report; Russia, Add Tags
Add to My Group(s)
Go To Commenting
The views expressed herein are the sole responsibility of the author and do not necessarily reflect those of this website or its editors.