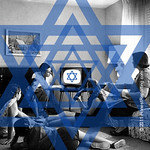 Among the more egregious movements now active on the American scene are those that seek to undermine the expression of reality within the public sphere. A good example of this is the long-running effort of some Protestant fundamentalists who seek to challenge the notion of evolution in public school textbooks and classrooms. This particular effort not only pits the unprovable religious beliefs of a relatively small number of ideologues against one of the best-demonstrated scientific theories of the modern age, but also seeks to shut down the public's "right to know" the difference between opinion and fact.

It has taken an enormous amount of time and energy to stand up against this anti-science/alternative-reality movement, and there is no end in sight to the battle. What is worse is that the actions of these fundamentalist ideologues have set a precedent that others are now taking up -- and, of course, these others are also ideologues.

Thus, we find that historians and human rights representatives in the U.S. state of Virginia have joined forces in order to "protect the ... accuracy of schoolbooks" against (and here no one should be surprised) "Israeli advocacy organizations." In this case the culprit is the Institute for Curriculum Services (ICS). It is an offshoot of the "Jewish Community Relations Council," which for its part serves as a Zionist lobbying organization on issues concerning, among other things, how Israel is portrayed within U.S. school systems. As such it "works with publishers, education officials and educators to strategically address historical inaccuracies about Jews, Judaism and Israel in K-12 social studies textbooks and classrooms."

What is suspect here is not the institute's desire to take on Holocaust deniers or anti-Jewish stereotypes. Rather, it is the ICS's melding of Jews and Judaism with the Zionist state of Israel. This identification is, in truth, a hotly contested one. For instance, an argument can be made that Israel has done Judaism and the Jews enormous harm. This position that Jews and Israel are one also leads the Institute to take on the likeness of the Holocaust denier, as it goes about trying to force the denial of the Nakba and the occupation of Palestinian land on U.S. educators.

To this end the ICS has targeted the Virginia Department of Education as well as a number of national textbook publishers with the goal of rewriting parts of the state's school texts so as to "deliberately whitewash [Israel's] military occupation and ongoing policies of land theft, apartheid and expulsion of Palestinians." For instance, the ICS urges that references to the purposeful expulsion of Palestinians in 1948 be changed so that population "displacements" are attributed to the random violence of ongoing war. Subsequently, "occupied territories" should be referred to as "captured areas" and the term "settlers" is to be replaced by "communities." This is the customized reality of the Zionist ideologue.

In the meantime, historical facts such as the Zionist "Plan Dalet" and the ethnic cleansing it promoted in 1948 are essentially deleted from history. Modern realities are also ignored. For instance, the Israeli writer and translator Ilana Hammerman and David Harel, vice-president of the Israel Council of Science and Humanities, published a letter in The Guardian on 29 June 2018 stating that "a destructive, violent and explosive reality is becoming the norm" in Israel and the Occupied Territories. This reality is the actual one.

The effort of the Institute for Curriculum Services to reconfigure reality has not been an idle exercise. "ICS claims that it has already made more than 11,000 edits to US textbooks used in all 50 states." Thus the approach in Virginia sparked a response on the part of the Virginia Coalition for Human Rights allied with a dozen Virginia educators. They are urging both the state's Department of Education and the textbook publishers to "freeze the suggested [ICS] changes." The use of the term "freeze" suggests that the ICS edits were in line to be implemented, probably on the assumption that the institute was pressing historically accurate descriptions of reality rather than ideologically driven revisionism. This also suggests the power of the ICS to pass itself off as an "organization [educators] can trust" and the fact that most educators, administrators, and textbook publishers have been raised to know only the Zionist version of the history of Palestine.

The stakes are high in this struggle. According to Paul Noursi of the Virginia Coalition for Human Rights, "students are learning information that they might not have much of an opportunity to critically analyze later on. ... Information that obscures or deliberately misinforms students on the issue of Palestine could really have detrimental effects far beyond Virginia."

The historian Michael Fischbach characterizes the ICS efforts this way: these "Israel advocates understand that they have lost the public relations battle and what they're now trying to do instead of fight[ing] this discourse on the facts is simply, literally, to rewrite it -- to frame a new narrative for a new generation of young people." Fischbach is correct, except this is not a "new narrative." It is the standard Zionist narrative that has been with us for over a hundred years. Ideologies and their promoters tend to be relentless.

Paul Noursi, quoted above, may also underestimate the nature of this struggle. He tells us that "This is a fairly straightforward issue. Let's call things what they are: illegal settlements are illegal settlements, they should be called out as such. Military occupation is military occupation, it needs to be called out as such, it needs to be taught as such in the textbooks." He is correct of course, but as is the case with the fight to protect the validity of evolution against the Creationists, the fight to sustain the real history of Palestine and its people will have to be not only energetic but ceaseless. And something should be done about those "11,000 edits." The ones referencing Palestine have no doubt already skewed historical perceptions.

There are organizations which, calling themselves tribes or states or various ideological groupings, have moved through history stealing and murdering. Within their own neighborhoods each has created an internal explanation of their behavior which converts evil into good and aggressive violence into necessity. However, to maintain this illusion they must use their power and influence to go beyond their own territories and customize the relevant history as seen by the international community.

Related Topic(s): Beliefs; Education; History; Holocaust; Israel; Palestinian; Reality; Students, Add Tags
Add to My Group(s)
Go To Commenting
The views expressed herein are the sole responsibility of the author and do not necessarily reflect those of this website or its editors.