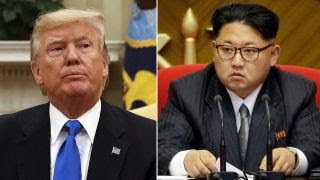 Hurricane Maria is hurtling toward Dominica and Puerto Rico, the third massive hurricane in as many weeks. If they keep coming at this rate, there won't be anything left. But just like the aftermath of school shootings, there will much hand-wringing, but ultimately no action taken to address climate change. "President" Trump addressed the UN today, any bet on whether or not he even mentioned these tragedies? Or the Mexican earthquake?

Naw, he's doubled down on leaving the Paris accords, will harangue on "Rocket Man" and likely pull out of the Iran nuclear deal Obama crafted. Oh, and he also promises to reduce the US funding of the UN, which might be a smart move, actually, given how many taxpayer dollars will be needed to rebuild after hurricane damage -- past, present, and future.

The good news on the horizon is that Robert Mueller's investigation continues to gather steam, and Trump's lawyers are discussing (loudly, near NYTimes reporters) the idea that there are "spies" inside the White House, and perhaps even within Trump's own legal team. Mueller is renting big warehouses and adding members of his legal team. Most interesting is new hire Kyle Freeny, from the Justice Department's money laundering unit. Politico has more:

"An attorney working on the Justice Department's highest-profile money-laundering case recently transferred off that assignment in order to join the staff of the special prosecutor investigating the Trump campaign's potential ties to Russia, POLITICO has learned.

"Attorney Kyle Freeny was among the prosecutors on hand Friday as Jason Maloni, a spokesman for former Trump campaign chairman Paul Manafort, testified before a grand jury at federal court in Washington.

"Freeny, whose assignment to special counsel Robert Mueller's staff has not been previously reported, is the 16th lawyer known to be working with the former FBI chief on the investigation into Russian meddling in the 2016 presidential election. She departed from the courthouse Friday with two other members of Mueller's squad: former Criminal Division chief and Enron prosecutor Andrew Weissman and Civil Division appellate attorney Adam Jed, a former clerk to Supreme Court Justice John Paul Stevens.

"Before being detailed to Mueller's team, Freeny was shepherding the Justice Department's headline-grabbing effort to seize the profits from the film 'The Wolf of Wall Street' on grounds that the film was financed with assets looted from the Malaysian government. Freeny withdrew from the 'Wolf of Wall Street' case on June 26, court records show, shortly before many of Mueller's attorneys joined his team in early July.

"The Justice Department billed the 'Wolf of Wall Street' case as a product of the Kleptocracy Asset Recovery Initiative, an effort to pursue the proceeds of foreign corruption and return such monies to the public in the affected countries.

"Justice Department officials including former Attorney General Eric Holder announced that the same kleptocracy project is probing the transfer of assets overseas by Ukrainian officials, including former President Viktor Yanukovych. Manafort served as a consultant to Yanukovych and his Party of Regions -- work that has triggered suspicions about the former Trump campaign chief because of Yanukovych's warm relationship with Moscow.

"A Manafort firm belatedly filed a report in June with U.S. authorities disclosing about $17 million in payments from the Party of Regions between 2012 and 2014. Manafort has denied wrongdoing and has not been charged with any crime. However, in July, FBI agents executed an early-morning search warrant at his Alexandria, Virginia, condominium."

Let's hope this is a sign that the investigation is successfully connecting the necessary dots to remove this cretin and his criminal family before America loses it's last shred of credibility in the world.

Kathy never expected a career in radio as a talk show producer. Born and raised in Atlanta, Georgia, Kathy was completing her nursing degree when in 2001 - in an emergency - she was asked to fill in as the producer of Mike's program. Within a few (more...)
Related Topic(s): Corruption; Investigation; Iran; Prosecutor; Trump Un Speech; Yanukovych, Add Tags
Add to My Group(s)
Go To Commenting
The views expressed herein are the sole responsibility of the author and do not necessarily reflect those of this website or its editors.