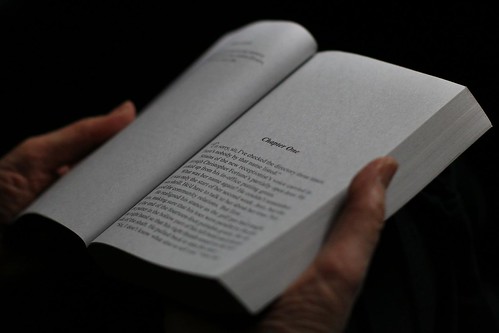 The Marxist cultural critic Walter Benjamin once argued that every rise of fascism bears witness to a failed revolution. Benjamin was not only addressing elements of a failed political revolution, but also the failure of language, values, courage, vision and a critical consciousness. In the midst of a moment when an older social order is crumbling and a new one is struggling to define itself, there is always a moment of confusion and danger. We have arrived at such a moment in which two worlds are colliding.

First, there is the harsh and crumbling world of neoliberal globalization and its mobilizing passions that fuel a US-style fascism. Second, there is a counter movement with its search for a new politics that can rethink, reclaim and invent a new understanding of democratic socialism, untainted by capitalism. In the midst of this struggle, a new political movement and social order will be born, though one without guarantees. Something sinister and horrifying is happening to liberal democracies all over the globe. The global architecture of democracy is giving way to authoritarian tyrannies. As alarming as the signs may be, we cannot look away and allow the terrors of the unforeseen to be given free rein. We cannot allow the power of dreams to turn into nightmares.

It is hard to imagine a more urgent moment for developing a language of critique and possibility that would serve to awaken our critical and imaginative senses and help free us from the tyrannical nightmare that has descended upon the United States under the rule of Donald Trump. In an age of social isolation, information overflow, a culture of immediacy, consumer glut and spectacularized violence, reading critical books and other representational texts coupled with thinking analytically remain necessary if we are to take seriously the notion that a democracy cannot exist or be defended without informed and engaged citizens. This is especially true at a time when denial has become a national pastime matched only by the increasing normalization of one of the most alarming administrations ever to take hold of the US presidency.

Against a numbing indifference, despair or withdrawal into the private orbits of the isolated self, there is a need to create those formative cultures that are humanizing, foster the capacity to hear others, sustain complex thoughts and engage social problems. We have no other choice if we are to resist the increasing destabilization of democratic institutions, the assault on reason, the collapse of the distinction between fact and fiction, and the taste for brutality that now spreads across the US like a plague.

Reading critically means not only learning how to read the world, but also learning how to think analytically while refusing to succumb to the unthinkable. Reading is not only valuable as a form of translation, but also, as George Steiner observes, follows language as "the main instrument of [people's] refusal to accept the world as it is." The pedagogical lesson here is that fascism begins with hateful words, the demonization of others considered disposable, and moves to an attack on ideas, the burning of books, the disappearance of intellectuals, and the emergence of the carceral state and the horrors of detention jails and camps.

As Jon Nixon suggests, reading as a form of critical "education provides us with a protected space within which to think against the grain of received opinion: a space to question and challenge, to imagine the world from different standpoints and perspectives, to reflect upon ourselves in relation to others and, in so doing, to understand what it means to 'assume responsibility.'" Reading against the grain offers opportunities for people to break out of their own experiences at a time when neoliberal ideology not only constrains our imagination, but also imprisons them in almost impenetrable orbits of self-interest and hyper-individualism.

Trump's presidency may only be symptomatic of the long decline of liberal democracy in the United States, but its presence signifies one of the gravest challenges, if not dangers, the country has faced in over a century. A formative culture of lies, ignorance, corruption and violence is now fueled by a range of orthodoxies shaping US life, including social conservatism, market fundamentalism, apocalyptic nationalism, religious extremism and white nationalism -- all of which occupy the centers of power at the highest levels of government. Historical memory and moral witnessing have given way to a bankrupt nostalgia that celebrates the most regressive moments in US history.

Fantasies of absolute control, racial cleansing, unchecked militarism and class warfare are at the heart of a US social order that has turned lethal. This is a dystopian social order marked by hollow words, an imagination pillaged of any substantive meaning, cleansed of compassion and used to legitimate the notion that alternative worlds are impossible to entertain. What we are witnessing is an abandonment of democratic institutions and values and a full-scale attack on dissent, thoughtful reasoning and the radical imagination. Trump has degraded the office of the president and has elevated the ethos of political corruption, hypermasculinity and lying to a level that leaves many people numb and exhausted. He has normalized the unthinkable, legitimated the inexcusable and defended the indefensible. Under such circumstances, the United States is moving into the dark shadows of a present that bears a horrifying resemblance to an earlier period of fascism with its language and/or racial purification, hatred of dissent, systemic violence, intolerance and its "glorification of aggressive and violent solutions to complex social problems."

The history of fascism offers an early warning system and teaches us that language which operates in the service of violence, desperation and the troubled landscapes of hatred carries the potential for resurrecting the darkest moments of history. It erodes our humanity, and makes many people numb and silent in the face of ideologies and practices that mimic and legitimate hideous and atrocious acts. This is a language that eliminates the space of plurality, glorifies walls and borders, hates differences that do not mimic a white public sphere, and makes vulnerable populations -- even young children -- superfluous as human beings.

Trump's language, like that which characterized older fascist regimes, mutilates contemporary politics, disdains empathy and serious moral and political criticism, and makes it more difficult to criticize dominant relations of power. His toxic language also fuels the rhetoric of war, a super-charged masculinity, anti-intellectualism and a resurgent white supremacy. But it's not his alone. It is the language of a nascent fascism that has been brewing in the United States for some time. It is a language that is comfortable viewing the world as a combat zone, a world that exists to be plundered, one that views those deemed different because of their race, ethnicity, religion or sexual orientation as a threat to be feared, if not eliminated. When Trump uses the toxic rhetoric of "animals," "infest" and "vermin," he is doing more than using ugly epithets; he is also materializing such discourse into policies that rip children from their mothers' arms, puts young children in cages, and forces children as young as one to appear before immigration judges.

And while there is no perfect mirror, it has become all the more difficult for many people to recognize how the "crystalized elements" of totalitarianism have emerged in new forms in the shape of a US-style fascism. In part, this may be because history is no longer treated seriously, especially at a time when the need for instant pleasure and the language of tweets overrides the necessary discipline and potential pleasure that comes with the slowing down of time and the hard work of imaginative contemplation. Moreover, as Leon Wieseltier observes, we live in an era in which "words cannot wait for thoughts [and] patience is a ... liability."

In an age of instant gratification, history has become a burden to be treated like a discarded relic that no longer deserves respect. The past is now either too unpleasant to contemplate or is delegated to the abyss of willful ignorance and consigned to the memory hole. However frightening and seemingly impossible in a liberal democracy, neither history nor the ghost of fascism can be dismissed because Trump has not created concentration camps or engineered plans for genocidal acts, though he has caged children and denied immunity to immigrants who, if forced to return to their countries, face an almost certain death. Fascism is hardly a relic of the past or a fixed political and ideological system.

Renowned historian of modern Germany Richard Evans observes that the Trump administration may not replicate all the features of Germany and Italy in the 1930s, but the legacy of fascism is important because it echoes a dangerous "warning from history" that cannot be written off. Fascism is not static and the protean elements of fascism always run the risk of crystallizing into new forms. The ghosts of fascism should terrify us, but most importantly, the horrors of the past should educate us and imbue us with a spirit of civic justice and collective courage in the fight for a substantive and inclusive democracy.

Historical consciousness is a crucial tool for unraveling the layers of meaning, suffering, search for community, the overcoming of despair and the momentum of dramatic change, however unpleasant this may be at times. No act of the past can be deemed too horrible or hideous to contemplate if we are going to enlarge the scope of our imaginations and the reach of social justice, both of which might prevent us from looking away, indifferent to the suffering around us. This suggests the need for rethinking the importance of historical memory, civic literacy and the importance of reading as a critical act central to an informed and critical sense of agency. Rather than dismiss the notion that the organizing principles and fluctuating elements of fascism are still with us, a more appropriate response to Trump's rise to power is to raise questions about what elements of his government signal the emergence of a fascism suited to a contemporary and distinctively US political, economic and cultural landscape.

Related Topic(s): Books; Cruelty; Democracy; Fascism; Fascist; History; Immigration; Politics, Add Tags
Add to My Group(s)
Go To Commenting
The views expressed herein are the sole responsibility of the author and do not necessarily reflect those of this website or its editors.