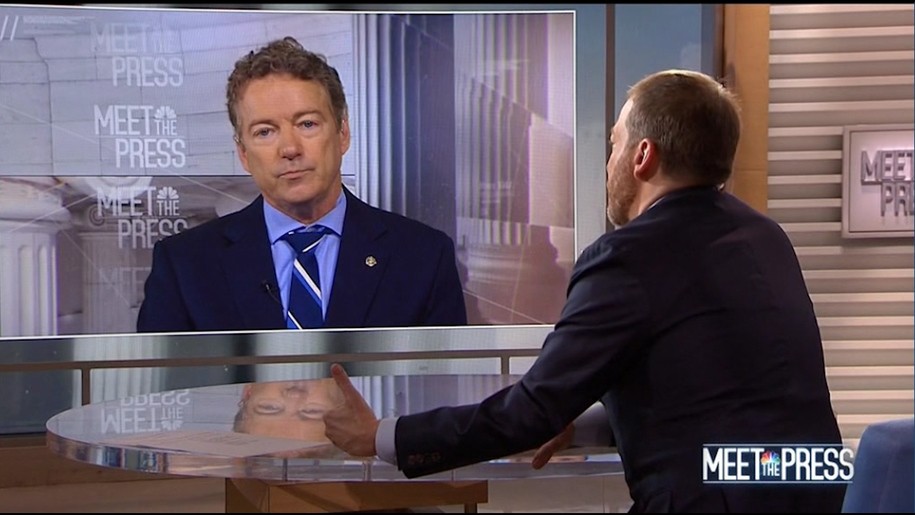 Rand Paul appeared on Meet the Press with Chuck Todd this morning once again. There was no pandering yet no serious probing. It led however to Paul making some statements that when evaluated to the core speaks a truth few are willing to accept.

Rand Paul very artfully criticized Trump questioning his warmongering military appointments. His prescient question is, Why are we always the patsies sending our kids there?

President Obama was semi-transformational because he wanted real change, understood that he was fighting headwinds coming from within and without so did the best he could given those restrains. Unfortunately, he did not transform Obama For America into the grassroots juggernaut it could have become. A worldwide fiscal crisis played a part in this.

Donald Trump is just timid. While we love to hate on him for all the evil that he spouts, we fail to notice most times he is just a manipulated puppet who himself is oblivious to said manipulation. Some would call him a useful idiot.

So when Rand Paul talks about Donald Trump not wanting wars or wasting our national treasure on war, he misses the most important point. Trump is a timid person who will do what it takes to survive, to be praised, or to enrich himself. There is no pure core there. He is the president whose presidency is in the control of others willing to make him take the praise and the fall. After all, a good puppeteer is never seen.

Egberto Willies is a political activist, author, political blogger, radio show host, business owner, software developer, web designer, and mechanical engineer in Kingwood, TX. Egberto is an ardent Liberal that believes tolerance is essential. His favorite phrase is "political involvement should be a requirement for citizenship". He believes that we must get away from the current policies that reward those who simply move money/capital and produce nothing tangible for our society. If a change in policy does not occur, America will be no different than many oligarchic societies where a few are able to accumulate wealth while (more...)
Related Topic(s): Rand Paul, Add Tags
Add to My Group(s)
Go To Commenting
The views expressed herein are the sole responsibility of the author and do not necessarily reflect those of this website or its editors.