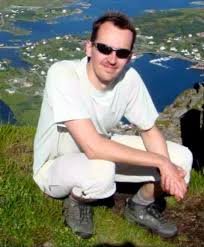 The knife attack and beheading on Friday of Samuel Paty (pictured above), a public school teacher who dared to show caricatures of Mohammed to his class, by a Muslim terrorist in France, lays bare the very real and very high cost of dishonesty that is applied to the "revealed" religions.

The case in point of the Muslim who brutally and cruelly murdered and cut the head off of Samuel Paty, if objectively examined, makes it painfully clear the very real dangers we create by not being honest about Islam. By referring to Islam as a religion of peace, as is too often the case, we are being dishonest. The "holy" book of Islam, the Quran, is overflowing with calls to religious violence against non-Muslims, as this page points out.

Another harmful form of dishonesty being practiced is claiming the Muslims who carry out murders and violent attacks in the name of Islam are part of radical Islam, as if there are two types of Islam, "good" Islam and "radical/bad" Islam. If you objectively read the Quran, you can't help but see that the attacks these Muslims carry out against non-believers are completely in line with the teachings in the Quran.

Islam has a secondary collection of religious teachings known as the hadith. This is allegedly the words and sayings of Mohammed. The hadith is just as ungodly and horrendous as the Quran. For example, regarding homosexuals, the hadith teaches that homosexuals must be executed. Ways to kill homosexual people promoted by the hadith are burning them alive, stoning them or throwing them off of a high place and then stoning them if they survive the fall.

All of the man-made Abrahamic "revealed" religions of Judaism, the original Abrahamic "revealed" religion, Christianity, Islam and Mormonism promote religious violence, and have committed acts of religious violence when they were not restrained by secular governments. This is seen in the genocidal bloodbaths found in the pages of the Hebrew Bible/Old Testament, in the Christian Bible with teachings such as is found at Matthew 10:34, which has Jesus saying, "Think not that I am come to send peace on earth: I came not to send peace, but a sword", in the Quran at 4:76 where we read, "Those who believe do battle for the cause of Allah; and those who disbelieve do battle for the cause of idols. So fight the minions of the devil. Lo! the devil's strategy is ever weak." In Mormonism, one example of religious violence allegedly commanded by God is found at Book of Mormon, 1 Nephi 4:18, which reads, "Therefore I did obey the voice of the Spirit, and took Laban by the hair of the head, and I smote off his head with his own sword." (This is what the Muslim in France did to Samuel Paty.) A common theme through all of the Abrahamic "revealed" religions is religious violence and cruelty.

The only permanent way to end this religious cycle of religious violence is to be reasonable and honest. This statement from Thomas Paine's The Age of Reason, The Complete Edition addresses being honest regarding the nonsense the "revealed" religions all promote, such as parting the Red Sea, Jesus raising people from the dead, Mohammed flying up to heaven on the back of a mythical creature, the buraq, or Joseph Smith digging up the Book of Mormon inscribed on golden plates. We can apply this Deistic principle to religious violence and to all of the "revealed" religions, as well. Paine wrote, "Nonsense ought to be treated as nonsense, wherever it be found; and had this been done in the rational manner it ought to be done, instead of intimating and mincing the matter, as has been too much the case, the nonsense and false doctrine of the Bible, with all the aid that priestcraft can give, could never have stood their ground against the divine reason that God has given to man."

We currently have Deists living in Islamic nations. Every day they run the risk of being imprisoned and/or executed for their Deism. The more we DO to promote Deism, the more we help to make people safe from the violence and spread of Islam, and from the religious-based violence and conflicts currently harming people around the world. Deism is offering us a way to truly and profoundly change the world for the better. The odds are currently against us, but that doesn't matter since we know that promoting Deism is the right thing to do and has the potential to create a world better than we can ever imagine.

Bob Johnson is a paralegal and a freelance writer in Florida. He was raised Roman Catholic, but after reading Thomas Paine's The Age of Reason, he became a Deist. In 1993 he founded the World Union of Deists and in 1996 he launched the first web (more...)
Related Topic(s): Beheading; Change; Deism; France; God; Islam; Islamophobia; Murder; Peace; People; (more...) People; Religion; Violence, Add Tags  (less...)
Add to My Group(s)
Go To Commenting
The views expressed herein are the sole responsibility of the author and do not necessarily reflect those of this website or its editors.