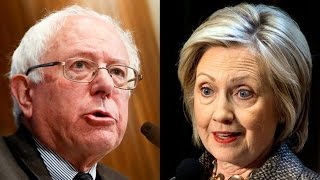 The US presidential election campaign has reached a new stage with the clinching of the Democratic and Republican presidential nominations by former Secretary of State Hillary Clinton and billionaire real estate developer Donald Trump. Not only the identity of the nominees, but the political posture of the two campaigns has clearly emerged.

Up to this point, the most significant element of the election campaign has been the manifestation of deep popular opposition to social inequality and growing anti-capitalist sentiment. This took the form of support for Bernie Sanders, who describes himself a "democratic socialist" and based his campaign on denunciations of the "billionaire class" and calls for a "political revolution." The major driving force of this political radicalization is the impact of the 2008 economic crash, which has been followed by a restructuring of class relations with devastating consequences for the lives of millions of people.

The ruling class, and, in particular, the Democratic Party establishment, is far less concerned about the rise of Donald Trump than it is about the broad support for Sanders, which created a political crisis for Clinton and seriously jeopardized her planned coronation. The surge in support for Sanders came as a frightening shock to the entire political establishment -- including Sanders himself -- and the corporate-controlled media, because it demonstrated the emergence of a mass constituency for anti-capitalist, socialistic ideas.

There is a broad consensus, across both parties, that the class issues raised by the Sanders campaign in the primaries must be buried in the general election campaign. The decision has been taken at the highest levels of the political establishment to direct attention to issues of race and gender -- including deliberately provoking such issues -- in order to distract the public from the more fundamental economic division in society. This will be combined with an extremely right-wing campaign by the Democrats aimed at winning support from sections of the Republican Party on the grounds that Clinton, with her close links to both Wall Street and the military-intelligence establishment, is the most competent and reliable figure for waging war abroad and deepening the attack on the working class at home.

Clinton set the tone in her victory speech last Tuesday night, preceded by a campaign video that presented her candidacy as the culmination of a struggle for women's rights extending over nearly two centuries and going back to the first stirrings of support for women's suffrage.

Bernie Sanders added his voice during a day of meetings Thursday with Obama, Vice President Biden and Senate Democratic leaders. Speaking to the press outside the White House, he made clear that he was planning on working closely with Clinton, as he had pledged to do at the outset of his campaign. He denounced Donald Trump, declaring, "It is unbelievable to me, and I say this with all sincerity, that the Republican Party would have a candidate for president who in the year 2016 makes bigotry and discrimination the cornerstone of his campaign."

It was noticeable that Sanders did not describe Trump as a billionaire, or link his opposition to Trump to his own year-long campaign against the domination of "millionaires and billionaires" over US politics. He referred exclusively to Trump's bigoted attacks on Mexican immigrants, Muslims, women and other groups defined by religion, race, language or gender, not economic class.

The extraordinary intervention by Vice President Joe Biden into the controversy over a Stanford University sexual assault case is part of this effort to promote identity politics as the central issue in the 2016 campaign. Last week, Biden lent his support to a campaign led by a Stanford professor to recall the judge who presided over the sexual assault trial and conviction of a university freshman, on the grounds that the judge's sentence was too lenient.

There is no basis for the federal government to intervene into what is a local criminal matter. Biden has shown no such solicitude for the victims of the lead poisoning of the water supply in Flint, Michigan or the countless victims of US police killings, to say nothing of those bombed, incinerated or turned into homeless refugees by US military violence in the Middle East.

Biden, acting in behalf of the Democratic Party establishment, calculates that with the imminent demise of the Sanders campaign, which drew wide support from college youth, a new basis must be created for drawing students around the Democrats and the presidential campaign of Clinton, who is widely despised as a corrupt personification of the political status quo. Hence the calculated effort to promote right-wing agitation tied to issues of gender identity.

The most unabashed argument for the primacy of race and gender over class issues comes from New York Times commentator Paul Krugman, who throughout the election campaign has used his column to promote Clinton and heap scorn on supporters of Sanders. In a piece published Saturday under the headline "Hillary and the Horizontals," Krugman defines as "horizontal inequality" differences between social groupings based on race, gender, etc., as opposed to class inequality (which he refers to as "individual inequality"), measured by economic position or income. He declares, "like it or not, horizontal inequality, racial inequality above all, will define the general election."

Krugman describes the campaign by Sanders against economic inequality as "a pipe dream" because it ignores the fact -- in Krugman's view -- that the working class in the United States is irretrievably divided by race. "Defining oneself at least in part by membership in a [racial or ethnic] group is part of human nature," he claims. By his account, the Republican Party has long sustained itself by "getting working class whites to think of themselves as a group under siege, and to see government programs as giveaways to Those People."

The Times columnist ignores the fact that support for Sanders is itself a refutation of this slanderous characterization of the working class. He also ignores the drastic shift to the right of the Democratic Party, which has long abandoned the reformist liberal program that prevailed from the 1930s to the 1960s based on limited concessions to the working class, in favor of various forms of identity politics benefiting sections of the upper-middle class.

Krugman has functioned as an apologist for the economic policies of the Obama administration, presenting its health care program as a progressive reform on a par with the New Deal and the Great Society, rather than an effort to shift medical costs from corporations to workers. He deliberately conceals the principal basis for Trump's appeal to working people: the Obama administration's role as the spearhead for big business in destroying jobs, wages and living standards.

Instead, he claims, the 2016 campaign "is going to be mostly an election about identity." He continues: "The Republican nominee represents little more than the rage of white men over a changing nation. And he'll be facing a woman -- yes, gender is another important dimension in this story -- who owes her nomination to the very groups his base hates and fears."

Patrick Martin writes for the World Socialist Website (wsws.org), a forum for socialist ideas & analysis & published by the International Committee of the Fourth International (ICFI).
Related Topic(s): Campaign Rhetoric; Gender Bias; Krugman; Politics, Add Tags
Add to My Group(s)
Go To Commenting
The views expressed herein are the sole responsibility of the author and do not necessarily reflect those of this website or its editors.