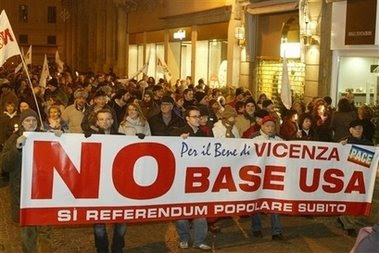 (Image by Unknown Owner)   Details   DMCA
This report covers the period of February 26 - March 3 as I made my way to Washington DC for two important events. Mary Beth Sullivan and Tom Sturtevant from Maine joined me on the trip as we took a bus to Boston and the train the Washington.

The three of us were treated to wonderful hospitality by an always busy Dorothy Day Catholic Worker House (DDCW) in DC. When we arrived at Washington's Union Station, Art Laffin (long time member of the DDCW) picked us up in the house van and got us back to the DDCW just as the weekly extended community dinner was finishing. We saw Kathy Kelly and others there who were in DC for the "100 Days to Close Guantanamo and End Torture Campaign". During the first 100 days of the Obama administration they are holding a daily vigil at the White House to keep the pressure on not only about Guantanamo, but also Bagram Air Base in Afghanistan where the US detains, and has been torturing people, for years.

The next day the three of us joined the Guantanamo protest at midday right in front of the White House. Global Network board member Tim Rinne, the coordinator of Nebraskans for Peace, and Robert Epp (a Nebraskan farmer) arrived in time to stand with us as well.

Tim and Robert came to DC to be a part of the Security without Empire:National Organizing Conference on US Foreign Military Bases, which was the primary reason for my trip to Washington. I was a member of the conference organizing committee that was ably led by Joseph Gerson who works for the AFSC in Cambridge, Massachusetts. The conference was held at American University (AU) and began on February 27. Early on, I had suggested that we begin the conference with a protest vigil at the Pentagon as people got off from work.

We had 75 folks turn out for the Pentagon vigil. Steel fencing was there to corral us into a "designated protest area" but it was a good spot - right next to the bus and subway lines which people use to come and go from the Pentagon. Tom Sturtevant and I tied a very long banner that reads "Stop Endless War - Convert the War Machine" to the steel barrier and as others joined the vigil they put their banners along the fence so it was easy for the steady stream of people passing us to see our messages.The vigil was attended by folks from Italy, Czech Republic, Okinawa, Germany, Korea, Japan, Guam, Hawaii and from all over the US. A few speeches and some songs made up the program which ended with words from Art Laffin who has vigiled at the Pentagon each week for the past 20-some years. He closed his talk by saying that the five sides to the Pentagon should be converted - one for a hospital, one for a child care center, another for a center for peace & nonviolence, an alternative energy research center, and the last side for a bakery.

Later that evening the conference officially began at AU with a panel of excellent speakers, including Zia Mian who directs the Project on Peace and Security in South Asia at Princeton University. Zia is originally from Pakistan and is an excellent speaker. He critiqued Obama's recent speech before a joint session of Congress and began by saying that "Obama's crisis is really a crisis of empire." Zia reported that 50% of US citizens now believe that reducing US military presence around the world would help reduce threats to our security. But he warned, Obama is showing his allegiance to previous administrations by maintaining some of the same positions on US military empire. Zia quoted Obama as saying, "We will not apologize for our way of life nor will we waiver in our defense of it"...."We will revitalize our military"....."I will not hesitate to use military force unilaterally."

Zia maintained that when Obama promises the "return of the American dream," we should remember that you can't have the American dream without the US military empire. Zia suggested that Obama's version of "change" in foreign policy would be manifested by outsourcing wars to local client states as we are now doing with the creation of Africa Command (AfriCom). The Obama administration is calling it "soft power" which will translate to the US training more local troops in contested regions and the "interoperability" of weapons systems where host nations purchase weapons from the US that can then be integrated into US war fighting operations by satellite and computer technology. (This way US trainers and advisers can really direct the wars much like was done recently in Georgia when they attacked Russian peace keepers with assistance of US advisers and equipment.)

On February 28, I presented a workshop entitled "Space as the Ultimate Base: How Space Dominance is Key to the US Imperial Designs" along with Tim Rinne from Nebraska and Jana Glivicka from the Czech Republic. Tim explained the importance of StratCom which is based in Omaha, Nebraska and now tasked with maintaining America's nuclear deterrent, space warfare preparations, cyberspace control, reconnaissance, surveillance, full spectrum global strike, and combating weapons of mass destruction. Jana spoke about the hard work in the Czech Republic that has led 70% of their population to oppose the proposed US Star Wars radar base in their country. The Czech parliament is split 50-50 on the issue and they are anxious to see how Obama will move on the question.

Later that day I spoke on a plenary panel that was given with the title "Developing Winning Strategies." My bottom line was that the dismantling of the US military empire was unlikely to happen until the people in our nation had a change in their current appetite for military production jobs. Unless we increase support for the conversion of military industries to building "green" technologies it was unlikely that the public or the Congress would agree to serious cuts in Pentagon spending. Even environmentalists I suggested, who are demanding the president and Congress spend big money on green technologies, have yet to make the connection to cutting the military budget which in 2010 will be over $650 billion.

While at AU, I picked up the student newspaper and read an article on the front page about students at the nearby University of the District of Columbia (UDC) who are now protesting against tuition increases which are nearly doubling the cost of their education. UDC is one of the few "affordable" institutions available to poor and working class students. The door to higher education is now closing for many.

Rep. Barney Frank (D-MA) is calling for a 25% cut in military spending and has sent out the message to all progressive movements that without such a cut in the Pentagon'sa budget there is little hope to fund many of the kinds of programs the left usually supports.

Today the US has nearly 1,000 military bases outside the country costing about $140 billion a year. These outposts of empire are found in 80 countries, on every continent, including Antarctica. At the conference, women from Okinawa talked about the environmental devastation and cultural impacts from the US bases in their country. Activists from Vicenza, Italy spoke movingly about US plans to dramatically expand the existing air base in their community despite massive protests in their city and throughout the country.

Dominican sisters Ardeth Platte and Carol Gilbert were among the 200 folks at the conference. They live nearby in Baltimore, Maryland at Jonah House which is a nonviolence and resistance community started by Phil Berrigan and Liz McAlister. It is always wonderful to spend time with Ardeth and Carol who have such clarity about US empire and the need to stand in faithful resistance to it.

On the evening of March 1 we went to an event led by Bill McKibben and Wendell Berry that was designed to promote the Capitol Hill Coal Plant Protest scheduled for the next day. Over the weekend 12,000 young people from throughout the country gathered in DC for a conference on climate change. On Monday they put on green hard hats and worked the halls of Congress to pressure their elected officials to end the use of "clean coal" which is a primary cause of carbon emissions. Over 4,000 of the students marched from capitol hill to the nearby coal plant that provides electricity for Congress. Surely if our government intends to really do something about climate change they should first stand up to the coal corporations and stop using the deadly fossil fuel in Washington. MB and I marched with the young folks in the extreme cold but our hearts were warmed by the experience.

Earlier that morning Mary Beth, Dud Hendrick (president of Maine Veterans for Peace) and I joined Art Laffin and a visiting group of students from Loyola University in Chicago for a 7:00 am vigil back at the Pentagon. There was a blizzard blowing snow as we stood there holding signs and banners at the entrance of the empire's military headquarters. One man, dressed in civilian clothes, walked up to us and said, "You people are the reason we have so many wars." I was never able to figure that one out.

By the early afternoon of March 2, Mary Beth and I were exhausted and needed a cup of tea to warm up. We went into the basement of one of the Congressional office buildings and found a coffee shop and ran into several of the folks from the No Bases Conference who had been lobbying all morning.