Seldom mentioned among the motives behind the persistent drumming on alleged Russian interference was an over-arching need to help the Security State hide their tracks.

The need for a scapegoat to blame for Hillary Clinton's snatching defeat out of the jaws of victory also played a role; as did the need for the Military-Industrial-Congressional-Intelligence-Media-Academia-Think-Tank complex (MICIMATT) to keep front and center in the minds of Americans the alleged multifaceted threat coming from an "aggressive" Russia. (Recall that John McCain called the, now disproven, "Russian hacking" of the DNC emails an "act of war.")

But that was then. This is now.

Though the corporate media is trying to bury it, the Russia-gate narrative has in the past few weeks finally collapsed with the revelation that CrowdStrike had no evidence -- Russia took anything from the DNC servers and that the FBI set -- a perjury trap for Gen. Michael Flynn. There was already the previous government finding that there was no collusion between Trump and Russia and the indictment of a Russian troll farm that supposedly was destroying American democracy with $100,000 in Facebook ads was dropped after the St. Petersburg defendants sought discovery.

All that's left is to discover how this all happened.

Attorney General William Barr, and U.S. Attorney John Durham, whom Barr commissioned to investigate this whole sordid mess seem intent on getting to the bottom of it. The possibility that Trump will not chicken out this time, and rather will challenge the Security State looms large since he felt personally under attack.

Writing on the Wall

Given the diffident attitude the Security State plotters adopted regarding hiding their tracks, Durham's challenge, with subpoena power, is not as formidable as were he, for example, investigating a Mafia family.

Plus, former NSA Director Adm. Michael S. Rogers reportedly is cooperating. The handwriting -- is on the wall. It remains to be seen what kind of role in the scandal Barack Obama may have played.

But former directors James Comey, James Clapper, and John Brennan, captains of Obama's Security State, can take little solace from Barr's remarks Monday to a reporter who asked about Trump's recent claims that top officials of the Obama administration, including the former president had committed crimes. Barr replied:

"As to President Obama and Vice President Biden, whatever their level of involvement, based on the information I have today, I don't expect Mr. Durham's work will lead to a criminal investigation of either man. Our concerns over potential criminality is focused on others."

In a more ominous vein, Barr gratuitously added that law enforcement and intelligence officials were involved in "a false and utterly baseless Russian collusion narrative against the president. It was a grave injustice, and it was unprecedented in American history." 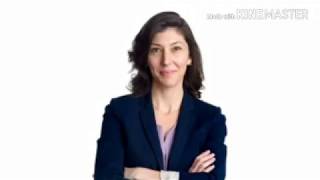 The outrage voiced by the Post called to mind disgraced FBI agent Peter Strzok's indignant response to criticism of the FBI by candidate Trump, in a Oct. 20, 2016 text exchange with FBI attorney Lisa Page: Meanwhile, the corporate media have all been singing from the same sheet since Trump had the audacity a week ago to coin yet another "-gate" this time "Obama-gate." Leading the apoplectic reaction in corporate media, Saturday's Washington Post offered a pot-calling-the-kettle-black pronouncement by its editorial board entitled "The absurd cynicism of 'Obama-gate"?

Strzok: I am riled up. Trump is a f***ing idiot, is unable to provide a coherent answer.

Ray McGovern works with Tell the Word, the publishing arm of the ecumenical Church of the Saviour in inner-city Washington. He was an Army infantry/intelligence officer and then a CIA analyst for 27 years, and is now on the Steering Group of Veteran Intelligence Professionals for Sanity (VIPS). His (more...)
Related Topic(s): Conspiracy; Obamagate; Pundits; Ray McGovern; Russia; Security; Trump, Add Tags
Add to My Group(s)
Go To Commenting
The views expressed herein are the sole responsibility of the author and do not necessarily reflect those of this website or its editors.