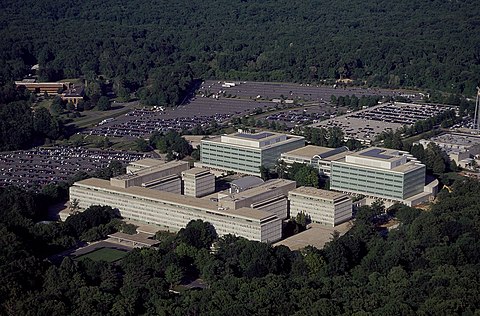 But, if past is precedent, the highest hydras who head calcified fiefdoms at CIA can be expected to resist any real control from the top. They are more likely to try to co-opt top management or make end runs around it. This is not new.

Most senior CIA operations officers, in particular, have never been comfortable with meaningful supervision, lest it lead to reining them in or impinging on their ample budgets. With secrecy always in play (including strict application of the "need-to-know" principle), Burns will need a good deputy -- preferably a strong outsider -- to avoid being blind-sided or diddled.

Burns lacks proven experience managing organizations as large and variegated as the agency, so the jury is out on whether he will be able to do it.

One endemic challenge is to ensure that substantive intelligence analysis is not tainted by CIA's operations. In recent years, analysts have been thrown together with operations officers, making it very difficult for analysts to maintain the distance needed to evaluate objectively the efficacy of policies and actions in which operations colleagues close by are fully engaged.

A Far Cry From Truman's Vision.

President Harry S. Truman wanted a CIA to which he could turn to get unbiased reporting "without treatment" is the way he put it. He became very critical of what he saw the CIA become.

Exactly one month after John Kennedy was assassinated, the Washington Post published an op-ed titled "Limit CIA Role to Intelligence." The first sentence of that op-ed on Dec. 22, 1963, read, "I think it has become necessary to take another look at the purpose and operations of our Central Intelligence Agency."

The op-ed author was Truman himself, who spearheaded the establishment of the CIA right after World War II to better coordinate U.S. intelligence gathering. [Full text of Truman piece.]

But the spy agency had lurched off in what Truman thought were troubling directions. And not only Truman. Sadly, the concerns expressed in that op-ed namely that he had inadvertently helped create a Frankenstein monster are as valid today as they were in late 1963, if not more so.

CIA's focus had by then become a far cry, in Truman's words, from "the original reason why I thought it necessary to organize this Agency...and what I expected it to do." It was "charged with the collection of all intelligence reports from every available source, and to have those reports reach me as President without Department 'treatment' or interpretations."

As the agency's operational side accumulates more and more funding and is more and more drawn into paramilitary operations, drone targeting and the like, Burns faces a formidable challenge to gain control of it.

He will need to pry CIA analysts away from their roles supporting (and instinctively rooting for) those operations, and create enough distance for them to objectively weigh the efficacy and the wider fallout and implications. This would help move the agency back on track after decades of politicization and, at times, prevarication.

Ray McGovern works with Tell the Word, the publishing arm of the ecumenical Church of the Saviour in inner-city Washington. He was an Army infantry/intelligence officer and then a CIA analyst for 27 years, and is now on the Steering Group of Veteran Intelligence Professionals for Sanity (VIPS). His (more...)
Related Topic(s): CIA; NATO; Ray McGovern; Russia; Ukraine; William Burns, Add Tags
Add to My Group(s)
Go To Commenting
The views expressed herein are the sole responsibility of the author and do not necessarily reflect those of this website or its editors.