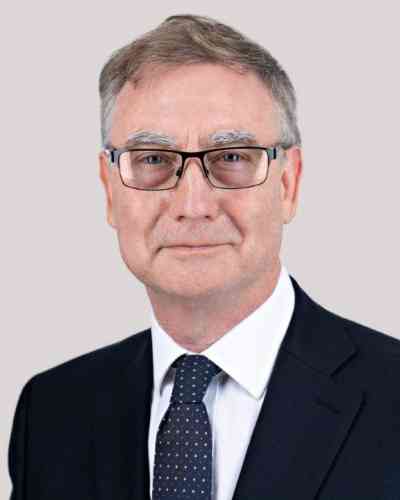 We are about to see how malleable the British Court system is to diktat from Washington. Will the British embrace the flimsiest of circumstantial "evidence" from U.S. security services that have axes to grind?

Will British officials turn their back on 800 years of progress on the human rights wrested from King John at Runnymede? Are there today no "English Nobles" to thwart the obscene "legal" proceedings aimed at extraditing WikiLeaks publisher Julian Assange to a U.S. prison for publishing the truth about U.S. and UK war crimes?

"The U.S. is aware of sources, whose unredacted names and other identifying information were contained in classified documents published by WikiLeaks, who subsequently disappeared, although the US can't prove at this point that their disappearance was the result of being outed by WikiLeaks."

With the CIA and Defense Department saying, in effect, "Trust Us," what could possibly go wrong? Aside from a publisher of accurate information spending the rest of his life in prison and all future journalists running the same risk, should they run afoul of U.S. authorities.

Unless the British Court system has become totally subservient to U.S. influence, James Lewis QC will have to do better in the coming weeks to plausibly pin a crime on Julian Assange.

Still, do not underestimate British "flexibility" in reaction to orders from Washington. Recall, for example, that just a short, but havoc-filled 17 years ago, UK Attorney General Lord Peter Henry QC (now Baron) Goldsmith was persuaded to abruptly reverse his opinion on the upcoming U.S./UK unprovoked attack on Iraq from "illegal" to "legal," for which he was awarded yet additional British honorifics.

Do President Donald Trump and Prime Minister Boris Johnson really wish to take their cue from the sorry pair of Bush and Blair? We never did learn very much about the "secret sources" that were said to be behind all the poppycock about those elusive Weapons of Mass Destruction in Iraq, did we?

Speaking on behalf of U.S. officialdom, Lewis claimed that hundreds of people across the world had to be warned after the WikiLeaks disclosures. Some had to be relocated. Others later disappeared, he said. But wait. He was careful to indicate that the U.S. would not try to prove that these events resulted directly from the disclosures. (Is this not what was once called "hearsay"?)

As an ominous coda to his presentation, Lewis somberly added that some WikiLeaks information was found at Osama bin Laden's hideout in Pakistan. Aha!

Ray McGovern works with Tell the Word, the publishing arm of the ecumenical Church of the Saviour in inner-city Washington. He was an Army infantry/intelligence officer and then a CIA analyst for 27 years, and is now on the Steering Group of Veteran Intelligence Professionals for Sanity (VIPS). His (more...)
Related Topic(s): Assange; Assange Vigil; CNN; Charged; Video; Vips; Wikileaks, Add Tags
Add to My Group(s)
Go To Commenting
The views expressed herein are the sole responsibility of the author and do not necessarily reflect those of this website or its editors.