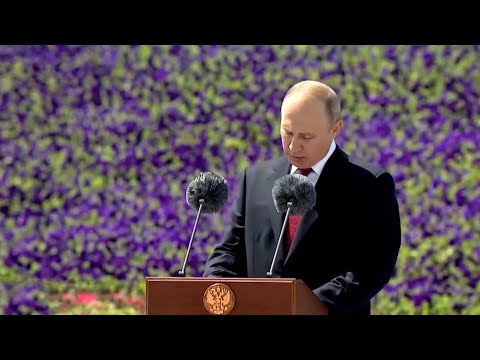 We all know that President Vladimir Putin's referendum on amendments to the Russian Constitution held on July 1 gave him an overwhelming victory. That is what the Russia's Central Electoral Commission officially announced on Friday and it has been picked up by all media in Russia and in the West even well before, just after the voting booths were shut on Wednesday night based on exit poll data.

So far, critics of the Referendum in the West have directed their attention to two issues only. One of these, advanced by the long-established and authoritative Chatham House think tank in Britain, tells us that the Referendum was illegal, illegitimate from the get-go, that it violated the procedures set down in the existing Constitution of 1993 and that it was superfluous since the amendments had already been approved by both chambers of the legislature.

The other critics, meaning the vast majority of our mainstream media, have kicked the tires, saying there was surely ballot stuffing and other hanky-panky which render the Referendum results fraudulent. To be sure, this is speculation unsupported by any facts and merely spreading the malicious anti-Putin gossip of opposition politicians within Russia. Moreover, the likelihood of illegal abuses at the local level such as famously occurred in the 2011 Duma elections was very low given all the technical investments in security at voting booths made in the time since. These same advances include not merely live broadcast of cameras in the voting stations onto the internet for public access but also widespread use of sophisticated autonomous ballot boxes that read each vote before sending them into plexiglass boxes for storage in case a manual recount is demanded; and that technology incidentally makes it possible to have an instantaneous read-out of the results as soon as the polling station shuts.

However, it is striking that no one has asked: where are the numbers? Elections are all about numbers and the results published by the Russian authorities this time break entirely with the practices of a couple of decades of national elections in the country. In past nationwide elections, the government newspaper Rossiiskaya Gazeta carried on the next day a full breakdown of voting results for each "subject of the Russian Federation," meaning cities and regions (the Russian equivalent of states).

Now you may ask, why bother with such a breakdown when the given vote on July 1 was essentially a plebiscite. But the same could be said of Russia's presidential elections, and yet the region by region numbers were always released. Surely this transparency in the past was intended to validate the credibility of the results and to provide political scientists with a future crop of dissertations and food for thought.

This time the officials have given us only three summary numbers. These are 67.97% participation in the Referendum by eligible voters; 77.92% votes in favor of the amendments; and 21.27% votes against. Doing the arithmetic, this tells us that 52.9% of the eligible voters approved the amendments and Mr. Putin has the support of the absolute majority that he sought. Victory!

In response, I say: not so fast. There are fragmentary electoral results for the regions that have been sprinkled in the Russian print and online media and which suggest that voting results differed significantly across all three parameters. These discrepancies raise questions about how the absolute majority was reached. It is worth mentioning here that even the results by region have kept apart the release of results of voter turnout and results of yes-no on the amendments. Only when you put these together can you understand whether a majority of eligible voters approved the amendments in any given region. This does not change the overall conclusion that in every region except one (the Nenets autonomous region in the Far North), the voters who participated in the election approved the amendment by a majority. But it does raise the question of shortfall in the President's objective of getting an absolute majority of the polity on board for the amendments.

Sixty-eight percent participation may be very high by European and world voting patterns, but it is still far from 100% and one can wonder why 32% stayed at home. Were they "no" voters who were afraid to come out of the closet? Were they abstainers? This is the meat of political science and we have been put on a diet by the Russian authorities.

First off, from the fragmentary published numbers on voter turnout by region, we see that some of the "usual suspects" have outperformed on delivering the vote. These tend to be places like Dagestan or the Caucasus republics and the Crimea (81% turnout) which are especially beholden to Moscow for their welfare and prosperity. In other regions, particularly the remote Far Eastern regions, where loyalty to Moscow has at times been questionable in past elections, we see particularly low turnout: Magadan (44%), Khabarovsk (44%). Almost the same comes up in Siberia: Novosibirsk (Russia's third largest city, 47%), Tomsk (44%). This information came courtesy of the RBK news agency. As for major cities of European Russia, Leningrad Oblast (which abuts the city of St Petersburg) had voter turnout of 78%, 10 points above the national average; but then it is the home to many military training bases and specialized schools turning out officers. And by definition military men are easiest to send off to voting booths, even easier than civilian employees of the government.

In many of the regions mentioned above it is obvious that the goal of 50% plus of eligible voters supporting the amendments was never achieved.

But what about the capital, Moscow? Here, information on electoral results has been very peculiarly reported. The Rossiiskaya Gazeta did tell us that the electronic balloting in Moscow, which was one of only two cities in the country allowed to experiment with such voting, produced 62.33% of ballots in favor of the amendments, 37.67% against. Meanwhile, in the traditional voting booths the result in Moscow was 65.26% in favor and 30.84% against. Information on voter turnout was not provided, but if it corresponded to the national average that would yield a net vote of 44% of eligible voters supporting Mr. Putin's Referendum.

And what about Russians living abroad? As we know the Russian passport-carrying diaspora numbers several million. The only information about their voting that I have seen was provided by the news portal Lenta.ru. They said that the balloting of Russians at their consulates in New York, in Berlin and in Vienna all produced majorities of No votes. No further information was provided. This is significant, because unlike those living in Russia, these expats were likely uninterested in the social benefits enshrined in the amendments but were moved by the one amendment allowing Putin to stay in power after his present mandate expires in 2024. We may construe their vote to be based on more abstract principles of governance than personal welfare.

And now I direct attention elsewhere, to the 21% of participating voters who voted against the reform nationwide. Who were they? None of our media has given a thought to that question. I will hazard a guess, that they were heeding the advice of the one Opposition party in the Duma that called for a No vote: the Communist Party of the Russian Federation.

Gilbert Doctorow, a graduate of Harvard College with a PhD from Columbia, is an independent political analyst based in Brussels. He chose this third career of  "public intellectual" after finishing up a 25-year career as corporate (more...)

Related Topic(s): Media; Referendum; Russia; Vladimir Putin; Voting, Add Tags
Add to My Group(s)
Go To Commenting
The views expressed herein are the sole responsibility of the author and do not necessarily reflect those of this website or its editors.

Thane Gustafson, "The Bridge: Natural Gas in a Redivided Europe"

Putin's Referendum: Where are the numbers?

Antony Blinken's Past: Will It Catch Up With Him?

A reductionist approach to the forthcoming Biden-Putin summit in Geneva