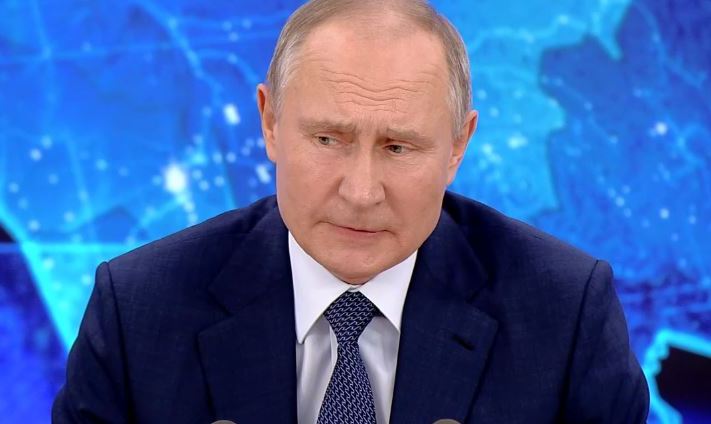 Has Putin lost his mojo?
(Image by kremlin.ru)   Details   DMCA

Washington claims catching Putin red handed in a long-running secret cyberattack on the United States. Meanwhile he was also losing his cover back home in Russia in an alleged scary murder plot.

International media say they have him dead to rights in an attempt to get rid of his most vocal opponent in Russia. That would be Alexei Navalny. It was an explosive story back in late August. But it still pops up in the news today.

As a media business analyst I look at stories like these and analyze them for validity. I've not looked into the cyberattack story. But I did delve into the Navalny saga. And frankly, I am finding it hard to believe.

If you take a step back and look at all the components of the story objectively, it seems absurd. The media have reported a volley of poisoning attempts. They all happened in the final days of Navalny's August trip to Siberia.

First, his morning tea was poisoned. Then it came out that someone slipped a mickey into his drink the previous night, then poison discovered on a hotel water bottle was blamed, then poison was found planted in his underwear, and finally, when he didn't die after all that, Putin's agents administered another dose of poison before they allowed Navalny to be flown off to safety in Berlin. Can you believe all that? Yet, it was reported straight-faced in mainstream media.

Contrast that with the background of Putin's alleged past work in murdering journalists and others who have opposed him. It certainly seemed that Putin (almost) always got his man (or woman).

But then we come to Navalny. He's been regarded as Putin's top political enemy in Russia. Navalny claims Putin had put a hit out on him. Multiple attempts have been made. But unlike the other victims, Navalny just won't die.

Navalny seems to have more staying power than Rasputin! He was an early 20th century mystic. Some nobles believed his influence over Empress Alexandra was threatening the Romanov monarchy. They set out to kill him. But he had some kind of survival magic, too. The uncles of one of my old Russian teachers (Prince Alexis Scherbatow) had a devil of a time at it, but finally got their man.

But now Putin in the minds of many got caught trying but failing to execute Navalny. At the same time he's been caught, they say, failing to keep his cyberattack secret.

Has Putin really lost his mojo? Or did he have it in the first place? Lets take a look at the background of his skullduggery:

First Vladimir Putin became president. Then the murder of journalists mysteriously began. Here are some names from the murdered journalists lists:

Related Topic(s): Angela Merkel; Cyber Attack; Litvinenko; Media Distortion; Putin; Russia; Russian Hacking; Russian Hacking, Add Tags
Add to My Group(s)
Go To Commenting
The views expressed herein are the sole responsibility of the author and do not necessarily reflect those of this website or its editors.