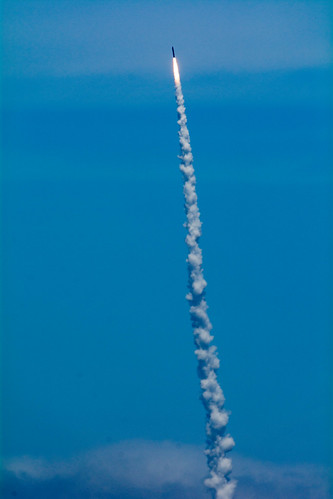 "We are ready to provide respective assistance to Saudi Arabia, and it would be enough for the political leadership of Saudi Arabia to make a wise government decision - as the leaders of Iran did in their time by purchasing S-300 and as (Turkish) President (Tayyip) Erdogan did by purchasing the latest S-400 'Triumph' air defense systems from Russia," Putin said after talks in Ankara with the Iranian President Hassan Rouhani and Turkish president Tayyab Erdogan.

These Russian weapons would protect any infrastructure facilities of Saudi Arabia, Putin added.

As Russian President Vladimir Putin meets in Ankara with the Iranian President Hassan Rouhani Monday Russia and China have called for de-escalation of tensions in the aftermath of the Drone attack on major Saudi oil installations claimed by Yemen's Houthi rebels but blamed on Iran by the United States.

Russia has warned against a hasty reaction to the drone strikes. "We call on all countries to avoid hasty steps or conclusions that could exacerbate the situation, and on the contrary keep to a line of conduct that will help soften the impact of the situation," Kremlin spokesman Dmitry Peskov told journalists.

Moscow also warned other countries against putting the blame on Iran for the attack and said that plans of military retaliation against Iran are unacceptable.

In a similar fashion, the China's foreign ministry said it was "irresponsible" to blame anyone for the weekend attack on Saudi Arabia, given the absence of a conclusive investigation. Chinese Foreign Ministry spokeswoman Hua Chunying said Beijing was opposed to the intensification of any conflict. "We call on the parties concerned to avoid actions that could escalate regional tensions," Hua said.

U.S. officials have released satellite images of the damage at Saudi Arabia's crucial oil processing plant and a key oil field, claiming that the pattern of destruction suggested the attack on Saturday came from either Iraq or Iran.

Bernard Hudson, a former director of counterterrorism for the CIA, was quoted Monday by media as saying that the attacks probably involved a mix of drones and cruise missiles.

"It used to be that only governments had air forces, but drones have democratized violence from the sky," said Hudson, now a fellow on gulf security issues at Harvard University. "The Houthis, with help and advice from Iran, have perfected it to a level no one else has done."

Why Washington has to blame Iran over Saudi attacks?

On Monday RT published an article by Finian Cunningham, who said that US officials are blaming Iran for the devastating blitz on Saudi Arabia's oil industry because of Washington's spectacular failure to protect its Saudi ally.

Cunningham went on to say: "The Trump administration needs to scapegoat Iran for the latest military assault on Saudi Arabia because to acknowledge that the Houthi rebels mounted such an audacious assault on the oil kingdom's heartland would be an admission of American inadequacy.

"Saudi Arabia has spent billions of dollars in recent years purchasing US Patriot missile defense systems and supposedly cutting-edge radar technology from the Pentagon. If the Yemeni rebels can fly combat drones up to 1,000 kilometers into Saudi territory and knock out the linchpin production sites in the kingdom's oil industry, then that should be a matter of huge embarrassment for US "protectors."

"American defense of Saudi Arabia is germane to their historical relationship. Saudi oil exports nominated in dollars for trade the biggest on the planet are vital for maintaining the petrodollar global market, which is in turn crucial for American economic power. In return, the US is obligated to be a protector of the Saudi monarchy, which comes with the lucrative added benefit of selling the kingdom weapons worth billions of dollars every year."