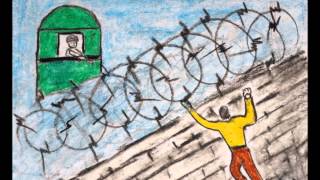 Mohammed Abed is a 28-year-old taxi driver from the village of Qarara, near the town of Khan Younis in the Gaza Strip. He has no teeth.

Lack of medical care and proper dentistry work cost him all of his teeth, which rotted and decayed at a very young age. Yet, his dire financial needs prevented him from acquiring dentures. His community eventually pitched in, collecting the few hundred dollars needed for Mohammed to finally being able to eat.

Mohammed is not unemployed. He works ten hours, sometimes more, every single day. The old taxi he drives between Khan Younis and Gaza City is owned by someone else. Mohammed's entire daily salary ranges from 20 to 25 shekels, about 6 dollars.

Raising a family with four children with such a meagre income made it impossible for Mohammed to think of such seemingly extraneous expenses, such as fixing his teeth or acquiring dentures.

Strange as it may seem, Mohammed is somewhat lucky.

Unemployment in Gaza is among the highest in the world, presently estimated at 44 percent. Those who are "employed," like Mohammed, still struggle to survive. 80 percent of all Gazans are dependent on humanitarian assistance.

In 2015, the UN had warned that Gaza would be uninhabitable by 2020. At the time, all aspects of life had testified to that fact: lack of reliable electricity supply, polluted water, Israel's military seizure of much of the Gaza Strip's arable land, restricting the movement of fishermen and so on.

An Israeli military siege on Gaza has extended for over 10 years, and the situation continues to deteriorate.

A Red Cross report last May warned of another "looming crisis" in the public health sector, due to the lack of electricity.

The energy crisis has extended from electricity supplies to even cooking gas.

Last February Israel cut cooking gas supplies to the Strip to a half.

"The cooking gas stations stopped accepting empty gas cylinders because their tanks are empty," according to the Chairman of the Petroleum and Gas Owners Association of the Gaza Strip, Mahmoud Shawa. He described the situation as "very critical."

Three months ago, the Mahmoud Abbas-controlled Palestinian Authority in Ramallah decided to reduce the salaries of tens of thousands of its employees in the Gaza Strip.

The money provided by the PA had played an essential role in keeping the struggling economy afloat. With most employees receiving half -- or less -- of their salaries, the barely functioning Gaza economy is dying.

Related Topic(s): Humanitarian; Israel; Palestinian; Politics Of Hate, Add Tags
Add to My Group(s)
Go To Commenting
The views expressed herein are the sole responsibility of the author and do not necessarily reflect those of this website or its editors.