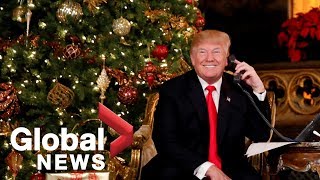 A colleague of mine who gets paid to write his opinions for others to read recently referred to himself as a "pundit."

"Hmmm," I said to myself with a touch of surprise, "guess that makes me a pundit, too."

This colleague, you see, took over my opinion-writing job when I retired, but I still fill in for him when he feels like taking a break from punditing. It's in the blood.

The problem I have with using the word, "pundit," and why I never regarded myself as one is that it always suggested to me a certain level of expertise in some subject area rather than an ability to deliver opinions on a variety of subjects and sound fairly rational and moderately intelligent (most of the time) while doing so.

Also, today the word seems to imply so much more than what is delivered. Once upon a time there was William Buckley. I disagreed with him often, but I'd still call him a pundit. More recently, George Will and Charles Krauthammer from that side of the aisle. But today Steve Doocy is a pundit? And Brian Kilmeade? Lou (start a war with China) Dobbs? Sean Hannity and Laura Ingraham?

Yes, they are all from the Fox pundit stable, but if they qualify as pundits, well "

I went to Wikipedia: "A pundit is a person who offers to mass media his or her opinion or commentary on a particular subject area (most typically political analysis, the social sciences, technology or sport) on which he or she is knowledgeable (or can at least appear to be knowledgeable), or considered a scholar in said area."

The phrase "or can at least appear to be knowledgeable" leaped off the screen. Aha! Thank you, Wiki, for clarifying the issue. Talking heads who deliver unsupported opinions with conviction a TV invention now are regarded as pundits. In that case, move over looney tunes Anne Coulter and Tucker Carlson. I've been at this punditry business longer than you two and I know racists when I hear them.

So, punditly speaking, I find myself depressed and mystified that polls continue to report that 80 percent of Republicans approve of the job Donald Trump is doing as president. Of course, these pollsters are considered pundits, too, and they told us, with all their expertise, that Hillary Clinton would beat Trump in 2016. There's that "at least appear to be knowledgeable" part again. Many of those polled Republicans, of course, are being fed "expert" analysis from those Fox pundits.

Unfortunately, so is Trump.

And so what has government by failed businessman/congenital liar/amoral Russian asset guided by phony Fox pundits gotten us?

A "president" sitting alone in the White House on Christmas Eve, having shut down the federal government in spite because Congress didn't give him the $5 billion box of Legos he wanted to build a wall he proudly promised his buddies Mexico would pay for. Instead, government workers went without pay for the holiday, whether they worked or not. Members of Congress did get paid, even though they clearly weren't doing their job. A pundit might say this looked particularly bad for Republicans since they control all three branches of government and still couldn't keep it open for Christmas. Happy New Year?