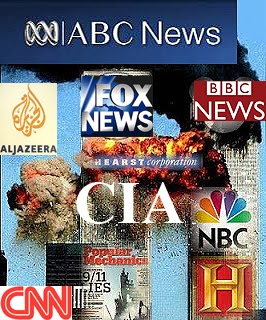 The exoneration of a man accused of the worst of crimes, genocide, made no headlines. Neither the BBC nor CNN covered it. The Guardian allowed a brief commentary. Such a rare official admission was buried or suppressed, understandably. It would explain too much about how the rulers of the world rule.

The International Criminal Tribunal for the Former Yugoslavia (ICTY) in The Hague has quietly cleared the late Serbian president, Slobodan Milosevic, of war crimes committed during the 1992-95 Bosnian war, including the massacre at Srebrenica.

Far from conspiring with the convicted Bosnian-Serb leader Radovan Karadzic, Milosevic actually "condemned ethnic cleansing," opposed Karadzic and tried to stop the war that dismembered Yugoslavia. Buried near the end of a 2,590-page judgement on Karadzic last February, this truth further demolishes the propaganda that justified Nato's illegal onslaught on Serbia in 1999.

Milosevic died of a heart attack in 2006, alone in his cell in The Hague, during what amounted to a bogus trial by an American-invented "international tribunal." Denied heart surgery that might have saved his life, his condition worsened and was monitored and kept secret by US officials, as WikiLeaks has since revealed.

Milosevic was the victim of war propaganda that today runs like a torrent across our screens and newspapers and beckons great danger for us all. He was the prototype demon, vilified by the western media as the "butcher of the Balkans" who was responsible for "genocide," especially in the secessionist Yugoslav province of Kosovo. Prime Minister Tony Blair said so, invoked the Holocaust and demanded action against "this new Hitler."

David Scheffer, the US ambassador-at-large for war crimes [sic], declared that as many as "225,000 ethnic Albanian men aged between 14 and 59" may have been murdered by Milocevic's forces.

This was the justification for Nato's bombing, led by Bill Clinton and Blair, that killed hundreds of civilians in hospitals, schools, churches, parks and television studios and destroyed Serbia's economic infrastructure. It was blatantly ideological; at a notorious "peace conference" in Rambouillet in France, Milosevic was confronted by Madeleine Albright, the US secretary of state, who was to achieve infamy with her remark that the deaths of half a million Iraqi children were "worth it."

Albright delivered an "offer" to Milosevic that no national leader could accept. Unless he agreed to the foreign military occupation of his country, with the occupying forces "outside the legal process," and to the imposition of a neo-liberal "free market," Serbia would be bombed. This was contained in an "Appendix B," which the media failed to read or suppressed. The aim was to crush Europe's last independent "socialist" state.

Once Nato began bombing, there was a stampede of Kosovar refugees "fleeing a holocaust." When it was over, international police teams descended on Kosovo to exhume the victims. The FBI failed to find a single mass grave and went home. The Spanish forensic team did the same, its leader angrily denouncing "a semantic pirouette by the war propaganda machines." The final count of the dead in Kosovo was 2,788. This included combatants on both sides and Serbs and Roma murdered by the pro-Nato Kosovo Liberation Front. There was no genocide. The Nato attack was both a fraud and a war crime.

All but a fraction of America's vaunted "precision guided" missiles hit not military but civilian targets, including the news studios of Radio Television Serbia in Belgrade. Sixteen people were killed, including cameramen, producers and a make-up artist. Blair described the dead, profanely, as part of Serbia's "command and control."

In 2008, the prosecutor of the International Criminal Tribunal for the Former Yugoslavia, Carla Del Ponte, revealed that she had been pressured not to investigate Nato's crimes.

This was the model for Washington's subsequent invasions of Afghanistan, Iraq, Libya and, by stealth, Syria. All qualify as "paramount crimes" under the Nuremberg standard; all depended on media propaganda. While tabloid journalism played its traditional part, it was serious, credible, often liberal journalism that was the most effective -- the evangelical promotion of Blair and his wars by the Guardian, the incessant lies about Saddam Hussein's non-existent weapons of mass destruction in the Observer and the New York Times, and the unerring drumbeat of government propaganda by the BBC in the silence of its omissions.

John Pilger grew up in Sydney, Australia. He has been a war correspondent, author and documentary film-maker. He is one of only two to win British journalism's highest award twice, for his work all over the world. On 1 November, he was awarded (more...)
Related Topic(s): Media Bias; Media For War; Nuclear War; Propaganda; Provoking War; Vladimir Putin, Add Tags
Add to My Group(s)
Go To Commenting
The views expressed herein are the sole responsibility of the author and do not necessarily reflect those of this website or its editors.