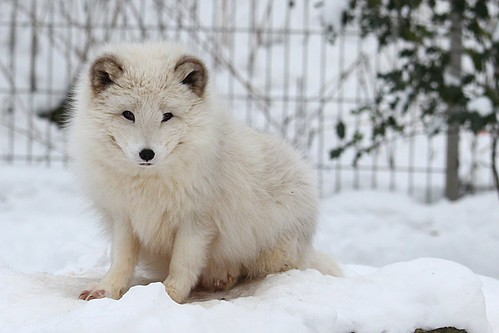 On July 2, 1964, United States President Lyndon Baines Johnson, affectionately known as LBJ, signed into law the Civil Rights Act, "the most sweeping" civil rights legislation since Reconstruction. The "act" prohibited racial discrimination in employment and education, and outlawed segregation in public facilities. I have often heard Black People in America speak fondly of LBJ and the Civil Rights "Act". And, I dare not forget the bleeding heart, white so-called liberals that use the event to justify both their paternalistic and, more importantly, supremacist instincts.

President Johnson affectionately referred to the legislation as "The Nigga Bill". Mr. Johnson is the same fellow that, in reference to Black People in America stated, pertinent to the aforementioned legislation "I'll have those niggers voting democratic for 200 years". Que, sera, sera.

Today, I became aware of a tale by Joe Biden of his encounter with a Black "gang member" named "Popcorn" (funny how white "gang members" are always called something other than that). I will spare the sickening fiction that is the tale told by Uncle Joe, but I must mention one detail. Apparently, Uncle Joe confronts this big, bad, mean spear-chucker and decides to grab a "chain". Uncle Joe, in 2012, also referenced "chains" to a group consisting of many Black People in America and included "y'all" in his adopted, stereotyped negroid dialect. Never heard Uncle Joe use the word "y'all" when addressing a crowd of European-Americans.

I have never liked chains, gold or otherwise; probably genetic memory, methinks. Never liked ties very much either, though I have had to wear them all of my life (still do, on less and less of an occasion). Something about rope around my neck that makes me uncomfortable. Odd, that.

Joseph Biden, is a fellow that has referenced Black People in America as "predators beyond the pale". Joseph Biden said that Barack Obama (his supervisor whose name he could not remember) was the "first mainstream African-American who is articulate and bright and clean and a nice-looking guy...I mean, that's a storybook, man". I guess so, Uncle Joe. https://www.opednews.com/articles/Biden-v-Trump-A-Distincti-by-Rohn-Kenyatta-Abortion_America_Choice_Death-Civilians-190610-959.html

Joseph Biden, according to recent polling, has 41% of the Black People in America vote; double that of his nearest competitor. From Bill Clinton eating fried chicken with "African-Americans" to his wife telling "African-Americans" about "hot sauce" in her purse, Black People in America are constantly made fools of by both parties. Whether its Donald Trump calling African nations "shithole countries" or Democrats in Black Face the insult is distinctive without being different.

Abraham Lincoln, supposedly, "freed" us but I beg his, and your, pardon. See, because what already belonged to me, what I already possessed, is not any man's to give and you sure as hell have not done me, nor mine, any favors. In any event, Mr. Freed-The-Slaves-Lincoln stated he could "conceive of no greater calamity than the assimilation of the negro into our social and political life as our equal". Mr. Lincoln had to have been intelligent enough to realize that this malady, this "negro problem" was, and is, a self-inflicted wound. All European-Americans should realize that.

I am livid that Black People in America would honor either political party with their vote. Because, in either case, they are voting for the same thing; and that is assuming that their votes might count. How can Black People in America allow themselves to be so duped and bamboozled? How do they/we not feel like two-dollar political whores after being temporarily courted by fake bastards that come and eat barbecue with us and never return until time to eat barbecue again? None of the so called "liberal progressives" live near the people they claim to love so much; including ones with fake Spanish names and ones that claim to be original Americans that are Snow White. Let's not leave out the token "people of color" running on the Democrat ticket that would rather die and go to hell than walk down Crenshaw and Florence, where I come from, on a late Friday night. It, quite literally, makes me sick to my stomach; as slavery, like white supremacy, is a state of mind often occupying the same dwelling. In fact, the removal of the physical chains has lulled Black People in America into a false sense of "freedom" that has, ironically, enslaved us even more. The physical chains reminded us that we had to keep fighting.

Malcolm X is one of my forefathers, a man that I admire more than any man other than my own father. Malcolm X, shortly before his State sanctioned assassination stated:

"The white liberal is the worst enemy to America, and the worst enemy to the black man. Let me explain what I mean by the white liberal. In America there is no such thing as Democrat or Republican anymore. In America you have liberals and conservatives. The only people living in the past who think in terms of I'm a Democrat or Republican, is the American Negro. He's the one that runs around bragging about party affiliation. He's the one that sticks to the Democrat or sticks to the Republican. But white people are divided into two groups, liberals and conservative. The Democrats who are conservative, vote with the Republicans who are conservative. The Democrats who are liberal vote with the Republicans that are liberal. The white liberals aren't white people who are for independence, who are moral and ethical in their thinking. They are just a faction of white people that are jockeying for power. The same as the white conservative is a faction of white people that are jockeying for power. They are fighting each other for power and prestige, and the one that is the football in the game is the Negro, 20 million black people. A political football, a political pawn, an economic football, and economic pawn. A social football, a social pawn. The liberal elements of whites are those who have perfected the art of selling themselves to the Negro as a friend of the Negro. Getting sympathy of the Negro, getting the allegiance of the Negro, and getting the mind of the Negro. Then the Negro sides with the white liberal, and the white liberal uses the Negro against the white conservative. So that anything that the Negro does is never for his own good, never for his own advancement, never for his own progress, he's only a pawn in the hands of the white liberal. The worst enemy that the Negro has is this white man that runs around here drooling at the mouth professing to love Negros, and calling himself a liberal, and it is following these white liberals that has perpetuated problems that Negros have. If the Negro wasn't taken, tricked, or deceived by the white liberal then Negros would get together and solve our own problems. I only cite these things to show you that in America the history of the white liberal has been nothing but a series of trickeries designed to make Negros think that the white liberal was going to solve our problems. Our problems will never be solved by the white man. The only way that our problems will be solved is when the black man wakes up, cleans himself up, stands on his own feet and stops begging the white man, and takes immediate steps to do for ourselves the things that we have been waiting on the white man to do for us. Once we do for self then we will be able to solve our own problems'. The white conservatives aren't friends of the Negro either, but they at least don't try to hide it. They are like wolves; they show their teeth in a snarl that keeps the Negro always aware of where he stands with them. But the white liberals are foxes, who also show their teeth to the Negro but pretend that they are smiling. The white liberals are more dangerous than the conservatives; they lure the Negro, and as the Negro runs from the growling wolf, he flees into the open jaws of the "smiling" fox. One is the wolf, the other is a fox. No matter what, they'll both eat you."