After a video of the arrest of two African-American men sitting in Starbucks without buying anything went viral, Starbucks scheduled anti-racism training. But their inclusion of the Anti-Defamation League in the training provoked another outcry and Starbucks capitulated.

On April 12, Rashon Nelson and Donte Robinson were arrested for trespassing at a Philadelphia Starbucks. A manager called the police because the men, who had been in the coffee shop for just a few minutes, hadn't bought anything.

Melissa DePino, a Starbucks customer who recorded the video of the arrest that went viral on social media, said, "These guys never raised their voices. They never did anything remotely aggressive ... I was sitting close to where they were. Very close. They were not doing anything. They weren't."

In an attempt to avert a public relations disaster after the racist incident became public, Starbucks announced it would close most of its 8,000 locations on May 29 for racial bias training.

But, adding insult to injury, Starbucks included the Anti-Defamation League (ADL), with its notorious history of racism, as a primary participant in the anti-racism training.

Community outrage at ADL's central role in the training was swift and strong. Starbucks demoted ADL to a consulting role, and named representatives of three prominent African-American-led civil rights organizations to lead the training.

After Starbucks had initially announced the composition of its anti-racism trainers, there was a powerful backlash in the civil rights community against ADL's leadership role. 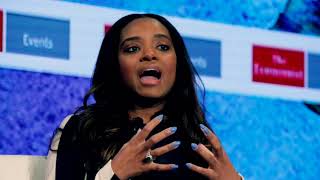 Tamika Mallory, co-chair of the Women's March and Black Lives Matter, called for a boycott of Starbucks. Mallory, a nationally prominent organizer for gun control and women's rights, and against police violence, is the 2018 recipient of the Coretta Scott King Legacy Award.

Mallory tweeted that Starbucks "is NOT serious about doing right by BLACK people!" because of the prominent role it gave ADL, which "is CONSTANTLY attacking black and brown people."

Cat Brooks, co-founder of the Anti Police-Terror Project, said she agrees with Mallory. "You can't be a piece of an anti-bias training when you openly support a racist, oppressive and brutal colonization of Palestine."

Linda Sarsour, also co-chair of the Women's March, wrote on Facebook that ADL is "an anti-Arab, anti-Palestinian organization that peddles Islamophobia and attacks America's prominent Muslim orgs and activists and supports/sponsors US law enforcement agents to travel and get trained by Israeli military."

Palestinian-American comedian, activist and professor Amer Zahr grew up in Philadelphia. Zahr told this reporter that ADL and the American Israel Public Affairs Committee (AIPAC) "were the architects of the anti-Arab and anti-Islamic industry in America for the last 50 to 60 years."

Zahr said that "welcoming groups like ADL into the family of civil rights organizations ... is a real slap in the face to Palestinians, Arabs and Muslims who have been the victims of ADL rhetoric for decades."

Related Topic(s): Anti Defamation League; Anti-Muslim; Israel; NAACP; Protest; Racism; Rights; Starbucks, Add Tags
Add to My Group(s)
Go To Commenting
The views expressed herein are the sole responsibility of the author and do not necessarily reflect those of this website or its editors.