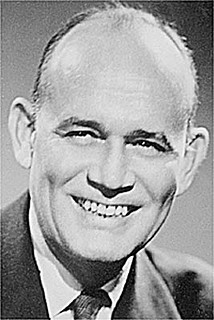 This is a first attempt to outline an ambitious, serious proposal to do something about the problem of predatory personalities-- psychopaths, sociopaths, narcissists, anti-social personalities....

My hope that this project will be taken as seriously as, an funded as ambitiously as the Apollo Moon Landing program and the more recent projects to understand the genome and the brain.

It is estimated that one percent of people are psychopaths, as many as 8-12 percent are psychopath-like- "cousins"- sociopathic, borderline, narcissist-- with some of the traits, characteristics and behaviors of psychopaths. The FBI has estimated that it costs the US close to $500 billion a year to deal with the most obvious, most destructive psychopaths-- and that doesn't include the "successful psychopaths"-- the ones who are not caught and jailed.

We know that psychopaths and their "cousins have certain characteristics. They are predators with incredible charisma and charm, able to manipulate people very effectively. They don't experience emotions like most people. They don't experience empathy or guilt and are often fearless, with great bravado, staying cool in stressful situations that would unnerve most people.

It is essential to remember the predation aspect of psychopathy. Psychopaths are known to enjoy, even to live for "winning" the game of control and manipulation. This often manifests in relationships where a female victim (most psychopaths are male) is exploited financially, sexually,

I've asked a number of researchers what they estimate is spent on research annually on psychopathy and related disorders. They estimate less than $20 million a year. Weigh that against costs estimated close to $500 billion a year.

Some have expressed concern that this "mission" would end up creating something like the movie Majority Report, where people are arrested before they commit crimes. That's not the goal. The goal is to learn a lot more about what we are dealing with and to get a clearer picture about what can be done in a compassionate, just, fair way that reduces the damage, the costs and the hurt that is done.

On the other hand, some of the traits of psychopaths, like charisma, fearlessness, bravado, self-confidence-- can be positive assets. These would also be subjects of the research.

STAY IN THE KNOW
If you've enjoyed this, sign up for our daily or weekly newsletter to get lots of great progressive content.
Series: "Psychopaths, Sociopaths and Narcissists"