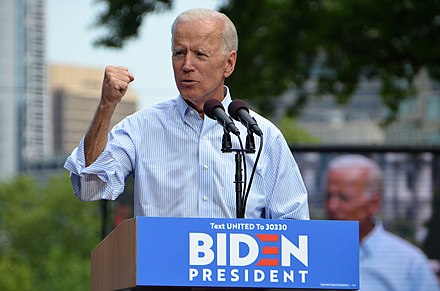 Bernie Sanders is out of the race and with him goes the last chance for progressivism to take over the Democratic Party for a generation.

Now his supporters will decide what to do. Intransigent #BernieOrBusters will cast about for a third-party vote, write-in Bernie or sit out the election in November. Other left-leaning voters will hope against hope that Joe Biden will either pivot to the left himself or that Biden will appoint progressive-minded cabinet members, and maybe tap Elizabeth Warren as vice president, to run the country as he continues to fade into the dying of the light.

There is absolutely no reason to think that Joe Biden would appoint a single progressive to his cabinet or pick one as his vice president. Theoretically, of course, anything is possible. Biden could take up hang-gliding! But Biden hasn't made the slightest hint that he would pick a progressive for any important position.

Biden has said that he would consider a Republican as his vice president. He has promised to choose a woman. He sends signals when he wants to. And none of those signals has ever been directed toward the left wing of the Democratic Party.

After he consolidated his delegate lead on Super Tuesday, Biden received a lot of media coverage for "reaching out" to Sanders' supporters. But his message was worthless pabulum: "Let me say, especially to the young voters who have been inspired by Senator Sanders: I hear you. I know what is at stake. And I know what we have to do."

What exactly does Biden "know" he has to "do"? Nothing that progressives want. Bernie Sanders voters care about issues: Medicare For All, student loan forgiveness, free college tuition. Three days after his "olive branch," he said he would veto Medicare For All if it somehow crossed his desk as president.

In the middle of the COVID-19 pandemic, that's some malarkey.

Yet many liberal voters are praying that Biden will do something to make himself palatable enough to allow them to vote for him against Donald Trump this fall. Like the victim of an abusive alcoholic parent or spouse, they will project wallow in magical thinking and project good intentions upon a candidate who has given them no reason to think he has changed. Maybe dad isn't drunk tonight. Maybe Biden is secretly liberal.

Victims of abusive relationships "don't stay for the pain," psychologist Craig Malkin observed in 2013. "Their desperate, often palpable hope, if you sit in the room with them, is that the abuse will go away. And they tend to block out all evidence to the contrary."

Given the history of the last four or five decades, it's hard to describe the relationship between progressive voters and the corporate leader ship of the Democratic Party as anything better than abusive. From Jimmy Carter to Bill Clinton and Barack Obama, progressives have been expected to donate money and cast votes for candidates who repeatedly broke their promises to fight for the poor and working class and, as time passed, felt so confident that they could get away with acting like jerks that they didn't even have to bother to promise anything at all beyond not being Republicans -- even though often they voted along with the GOP and signed their ideas into law.

2016 marked the first time that progressives stood up for themselves and demanded a place at the table, in the form of Bernie Sanders. Like any typical abuser, the DNC got angry at their victims, blaming progressives when their decision to cheat Sanders out of the nomination in favor of Hillary Clinton caused a catastrophic defeat to Donald Trump. Now it has happened again.

Though pathetic, it is not surprising to see progressives playing the role of the naïve victim who begs for his abuser to come to his senses and make nice.

With Joe Biden, there's even more reason than usual to believe that nothing good can come out of standing by him. The man he served as vice president, Barack Obama, elevated the use and abuse of Democratic progressives to a diabolical art. He ran on Hope and Change and ending the Iraq war, only to prolong Iraq and expand Afghanistan with the backing of a cabinet that didn't include a single progressive, not even a token like Clinton Administration labor secretary Robert Reich. Obama's signature achievement, the Affordable Care Act, was conceived of by the right-wing Heritage foundation.

If you're figuring out whether to stay with the Democratic Party or quit them, there's a simple way to decide: watch Biden. If he's serious about picking a progressive as vice president or putting some of them into his cabinet, he will be willing to name names and do so soon. His silence on this topic -- which is likely -- probably means Vice President Kamala Harris or Amy Klobuchar and a bunch of Goldman Sachs wankers managing the economic crisis again.

Related Topic(s): Bernie Sanders; Democrats; Joe Biden; Medicare; Progressives; Supporters; Voting, Add Tags
Add to My Group(s)
Go To Commenting
The views expressed herein are the sole responsibility of the author and do not necessarily reflect those of this website or its editors.