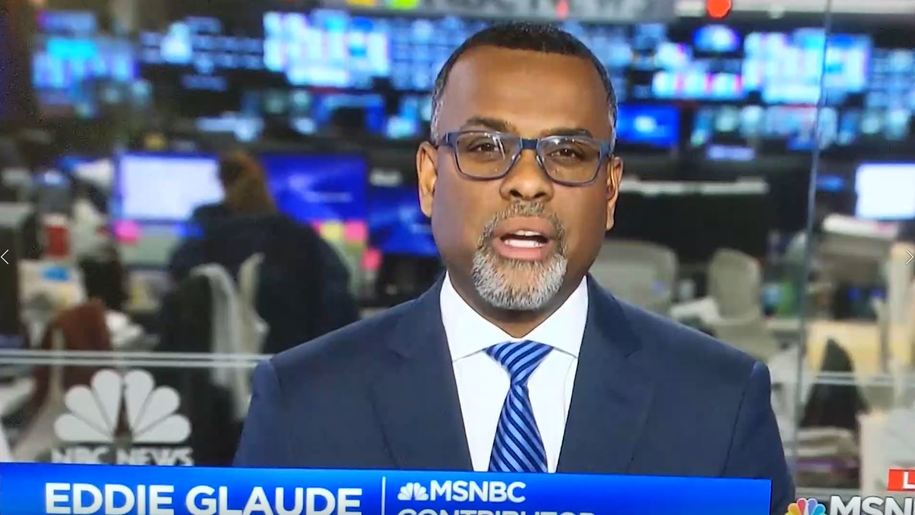 Professor Eddie Glaude did not allow a Biden-Pandering MSNBC Host to get away with a "far-left" narrative on those who found Biden flirting with choosing a Republican VP obscene.

The MSNBC host did not hide both his pandering and the attempt to justify the words of a candidate that was best suited to run in the 1980s, the 1990s, and early 2000s. But wait. He did and did not make it very far. But now he is supposed to be the savior of the Democratic Party? The carrier of the Progressive policies many Americans want and he is dead set on not providing?

Joe Biden, stating that he would entertain choosing a Republican VP shows mental incapacity. He is already an elder statesman running. He is ceding another Republican term if he became or was made incapacitated. How can he not understand that would be on the minds of many.

But when one analyses Professor Eddie Glaude's statements it becomes very clear. Joe Biden is going after a voter that he cherishes. Sadly, the things the voters he is pandering to cherish are anathema to the voters who are currently giving Biden the steady lead he has. The reality is it is time to turn that spigot off. It is time to inform these people that when Biden saw Obama as an articulate fellow, all the subliminal messaging it inferred were correct.

Egberto Willies is a political activist, author, political blogger, radio show host, business owner, software developer, web designer, and mechanical engineer in Kingwood, TX. Egberto is an ardent Liberal that believes tolerance is essential. His favorite phrase is "political involvement should be a requirement for citizenship". He believes that we must get away from the current policies that reward those who simply move money/capital and produce nothing tangible for our society. If a change in policy does not occur, America will be no different than many oligarchic societies where a few are able to accumulate wealth while (more...)
Related Topic(s): Republican Pandering, Add Tags
Add to My Group(s)
Go To Commenting
The views expressed herein are the sole responsibility of the author and do not necessarily reflect those of this website or its editors.