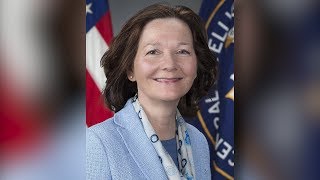 PROPUBLICA LAST YEAR published a widely cited article linking Trump's CIA nominee Gina Haspel directly to the waterboarding and torture of Abu Zubaydah when she was in charge of a CIA black site prison in Thailand in 2002. Yesterday, ProPublica was forced to retract and apologize for a significant part of the article's content.

There's no doubt it was a considerable mistake. You can imagine Team Trump will use the incident to muddy the waters about torture -- with more "fake news" proclamations -- in an attempt to get Haspel through the nomination process. But ProPublica did what it should have: issue a detailed correction along with an explanation about how it happened as soon as it had new information. Mistakes in reporting inevitably happen, no matter the subject, and it's the news organization's response to those mistakes that matters.

(It's still indisputable, by the way, that Haspel was in charge of the black site when another captive was waterboarded, and that she played a key role in the destruction, against White House orders, of almost 100 hours of tapes that showed the CIA engaging in torture.)

But it's worth taking a longer look at why a mistake like ProPublica's is more likely to happen when reporting on CIA activities, and why everyone should be furious at the government, rather than place the blame solely on ProPublica.

In its report, ProPublica was forced to use a combination of heavily censored CIA and court documents and anonymous sources to piece together what happened over a decade ago in the secret CIA prison Haspel ran. Many of the documents were made public only after years of Freedom of Information Act fights brought by public interest groups, while many other documents on Haspel's CIA tenure remain classified.

These types of unintentional mistakes would be almost entirely avoidable if journalists did not have to read between the lines of ridiculous government redactions meant to cover up crimes.

Related Topic(s): CIA; Gina Haspel; Propublica; Redactions; Torture; Torture Report, Add Tags
Add to My Group(s)
Go To Commenting
The views expressed herein are the sole responsibility of the author and do not necessarily reflect those of this website or its editors.