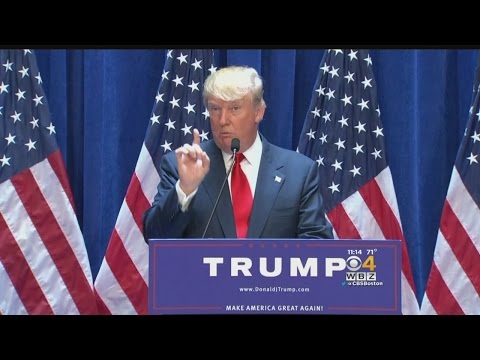 I don't give a damn if Donald Trump lives or dies. I don't wish him well. I don't send him thoughts or prayers. If COVID-19 or green men from Mars or liopleurodon take him to his despicable maker, so be it. Everyone dies. Being famous and or a billionaire and or President of the United States does not entitle you to universal goodwill.

Neither do I wish Trump ill. That's how little I care.

Republicans, members of the self-proclaimed Party of Personal Responsibility, ought to acknowledge that this man has been asking for this. I'm not talking about karmic retribution for the 200,000+ Americans who died on his watch while he plainly didn't much care. Trump has been cruising for COVID-19 spring, summer and fall, avoiding masks and social distancing the way he dodges the construction contractors he chisels out of pay. If you drink like a fish, you're cruising for liver disease. If you like to run red lights, don't whine if you get broadsided by a semi-truck. Trump wanted this virus and he got it.

What's fascinating and enlightening though is the semiotic contortions that liberal Democrats twist themselves through in order to simultaneously dogwhistle their glee at the President's medical misfortune while patting themselves on the back for their phony compassion.

MSNBC's Rachel Maddow, the former progressive to whom I point whenever I'm trying to instance the term "sellout," tweeted a watered-down liberal version of "hearts and prayers" in response to the big news: "God bless the president and the first lady. If you pray, please pray for their speedy and complete recovery and for everyone infected, everywhere." Atheists, thank the Lord, are apparently off the hook.

"If you know someone who smoked for years and years and years and never even tried to quit despite knowing the risks of lung cancer from smoking and then that person who you know got lung cancer, how do you react to that?" she asked. "Well, part of the way you react is that you understand why they likely got it. Your instinct might even be to blame them for getting it. Go right ahead. Enjoy that schadenfreude." Internet searches for schadenfreude soared over the weekend.

"But also, you're a human being in this situation," Maddow went on. "If your friend has lung cancer now, regardless of what you feel about how he or she, how he or she got it, once you find out that they're ill, you wish and hope and try to save them, right? You get them into treatment. You help them try to survive it. You move heaven and earth to cure them. That's how we do as humans, right? That's how this works!"

Well, yes. The keyword is "friend." If your friend screws up, you are there for them. But Trump is not my friend.

Trump made excuses for and let Saudi Arabia off the hook for butchering Jamal Khashoggi. Trump bombs innocent people with drones. Trump kills the poor in Yemen. Trump coddles neo-Nazis and cops, who are often the same people. Trump doesn't care if I die due to lack of healthcare. Trump doesn't care about all the homeless people sleeping outside tonight.

So Trump is my enemy.

He's probably yours too.

And when your enemy suffers, you have no obligation whatsoever to care. You are allowed to laugh. Pretending that you care about your enemy, especially when they are a mass murderer -- every American president is -- is the pinnacle of psychological alienation. Make no mistake: your enemy would do the same to you. That is, if he even knows you exist.

It's interesting that Maddow used the F-word. I don't know if she is friends with President Trump the same way that Ellen DeGeneres chills with George W. Bush, but there's an important similarity: both men and both women belong to a privileged class of ruling elites for whom rules and laws do not apply as stringently as for the rest of us. Maddow earns $7 million a year and is worth $20 million. The rich are different from you and me: they don't care about us.

Related Topic(s): Corona Virus Coronavirus Covid-19; Friends; Presidential Authority; Trump; Trump Against Democracy; Trump Anger; Trump Blames The Media; Trump Coward; Trump Cruelty; Trump Selfishness, Add Tags
Add to My Group(s)
Go To Commenting
The views expressed herein are the sole responsibility of the author and do not necessarily reflect those of this website or its editors.