When it comes to civil liberties, Obama has made grievous mistakes. To salvage his reputation, he should exonerate the two greatest whistleblowers of our age 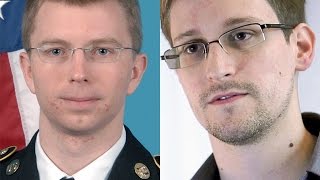 As he wraps up his presidency, it's time for Barack Obama to seriously consider pardoning whistleblowers Chelsea Manning and Edward Snowden.

Last week, Manning marked her six-year anniversary of being behind bars. She's now served more time than anyone who has leaked information to a reporter in history -- and still has almost three decades to go on her sentence.

It should be beyond question at this point that the archive that Manning gave to WikiLeaks -- and that was later published in part by the Guardian and New York Times -- is one of the richest and most comprehensive databases on world affairs that has ever existed; its contribution to the public record at this point is almost incalculable. To give you an idea: in just the past month, the New York Times has cited Manning's state department cables in at least five different stories. And that's almost six years after they first started making headlines.

We know now that, despite being embarrassing for the United States, the leaks caused none of the great harm that US government officials said would come to pass. Even the government admitted during Manning's trial that no one died because of her revelations, despite the hyperbolic government comments at the time, including that WikiLeaks had "blood on its hands." (By the way, the US officials knew they were exaggerating in the media at the time.)

Even if you think that she deserves some punishment for breaking the law, six years behind bars (and being tortured during her pretrial confinement) should be more than enough.

Meanwhile, the former attorney general Eric Holder made headlines on Tuesday when he told David Axelrod that Snowden had done a "public service" by sparking a much needed debate about privacy and technology that had not existed before his leaks about the NSA in 2013. Holder said:

Related Topic(s): Chelsea Manning; Edward Snowden; Obama Effect; Whistleblowers-ing; Wikileaks, Add Tags
Add to My Group(s)
Go To Commenting
The views expressed herein are the sole responsibility of the author and do not necessarily reflect those of this website or its editors.