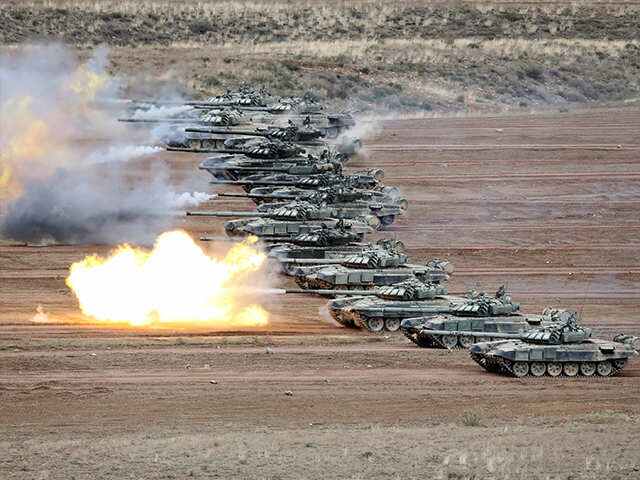 Russian Western Military District units will begin a joint exercise with the Armed Forces of Belarus this year. The operation is referred to as "Union Shield 2019". The exercise is reported to involve 8 thousand soldiers, 400 vehicles of a variety of types, including 90 tanks, along with 70 examples of fixed- and rotary-wing aircraft. Belarus is going to be represented by more than 1000 soldiers.

The "Union Shield 2019" exercise is going to take place within the period between 13th and 19th September 2019, under the command of the Russian Chief Of General Staff and Belorusian Chief Of General Staff. The operational activity will begin within the Gorokhovetsky training ground in Nizhny Novgorod region. The initial phase of the exercise will cover the regrouping procedure of the units after long marches, and coordination of the joint operations of the Russian and Belarusian units. The operations are to be focused on increased interoperability, the aim of which is to "defend the sovereignty and territorial integrity of the Russian Federation and the Republic of Belarus.

The "Union Shield" is a large-scale exercise of Belarus and Russia, which were held three times (in 2006 on the Belarusian territory, in 2011 and 2015 in the territory of the Russian Federation). In 2015, they took place in the Pskov and Leningrad regions.

This blog is written by expert in Geopolitics and Security.
Related Topic(s): Military; Russia And Us Conflict; Russia-china; Russian Influence; Russian Military Strategy; Staff; Training, Add Tags
Add to My Group(s)
Go To Commenting
The views expressed herein are the sole responsibility of the author and do not necessarily reflect those of this website or its editors.