Since when did we start glorifying all presidents? A more revealing question (and answer) is WHY? Not many have been remembered and more are only remembered as dying in office (mostly by assassination) rather than living in office. Except George the First.

Washington turned down the crown to be just a president. His successors are not really happy about that as they can only have a serial plutocracy and then the ritual turning out of office of the "prez" to mumble at staged events. And pictures of the "generations" of still-living presidents.

Could this be where the laudations of the living began?

Many have schemed how to keep the presidency for life but that hasn't worked out too well as one's life is a lousy measuring stick when others are trying to topple you quickly.

Before the "new age" monuments were made to honor dead presidents the Federal Reserve got their submissions in early. Like faces on dollar bills. Jackson is on the $20 and the bankers are laughing the last laugh. President Stonewall wanted to stonewall the central bankers and it worked for awhile but now that he is dead they put him on the twenty federal reserve note. Who won when?

Washington got the $1, The Declaration of Independence got $2 with Jefferson and Lincoln got the $5. Hamilton wasn't a prez but got the $10 and Franklin, also not a prez, got the 10 squared for $100. Why? Is there a story here. Or, nothing to see, just move along. Masonic Temple secrets and the Great Euro alliance in meters not feet with 10 and 10 squared. May be, maybe not.

Kennedy only got 50 cent... and a flame that isn't supposed to go out (who's really watching?). The CIA and Federal Reserve got to do what they wanted. Fair enough in a criminal society. Money and drugs. Bring on the traders, guns and lawyers. Nixon should be on the $-1 and the take-away lesson from Watergate is "You can't compete with the government. Play nice to 'us' and you might get a license."

It is not too revealing as to why Grant (who is buried in Grant's tomb) is on the $50, and in 1934 there is proof on the net (subject to Photoshop certification of original or "copy of indeterminate layers and revisions" guarantees). Another military general to run the budding empire? Did he drink to forget?

The last big bill of any sobriety is the McKinley. Five hundred dollars backed by the Federal Reserve (which is no reserve, if you catch my drift...). Here is where the Bay of Pigs is really started. McKinley was assassinated by an "anarchist" but I think it had to do with the Trusts.

$1000 bears Cleveland (10 cubed). Grover is enigmatic in that he was the first, I think, to garner more than two terms, was a fiscal conservative and openly fought corruption. Still, he was quite a friend to business and not to vets.

$5000 is Madison (10 times McKinley) is the "Father of the Constitution" and supported slaves as property connected to voting rights of property owners. Worked with Hamilton as a "Federalist" so this is the Federal Reserve showing honor. $10000 Chase (10 -4) for those following) and the answer is in the $100000 GOLD-BACKED WILSONs.

Payable ONLY to The Federal Reserve.

Tax time is coming and our debt is only payable in federal-reserve notes (nice twist in the story, don't you think?).

In closing, it is fashionable to notice the Constitution was written on Hemp Parchment. The would-be royal grew the stuff and it wouldn't be credible to find George ignorant of its many properties. I am sure Franklin at least informed him at the least.

He chose for us freedom not empire. A constitutional republic not a monarchy.

The rest of the bunch? Now there is a book, but not cause to remember them all on one day and diminish true greatness. 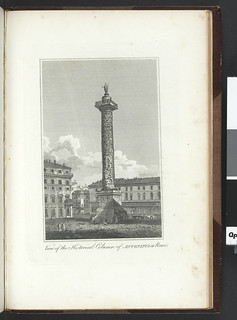 Simply amazing but beyond the border. If you check Karla Gottschalk on LinkedIn you will find a partial bio when I was still - human. As you see now,I am a mere droid gleaming in the artificial light of intelligence or perhaps only another creature (more...)
Related Topic(s): Bankers; Bankers; Birthday; Business; Corruption; Corruption; Corruption; Debt; Dollar; Drugs; (more...) Economics; Freedom; Government; Hemp; History; History; History; Independence; License; Living; Military; Monarchy; Money; Money; Money; PhotoShop; Politics; Presidency; President; Presidents Club; Rights; Story; Time; Time; Time; Voting, Add Tags  (less...)
Add to My Group(s)
Go To Commenting
The views expressed herein are the sole responsibility of the author and do not necessarily reflect those of this website or its editors.

Too Controversial : How to Talk Dirty ... on International Women's Day