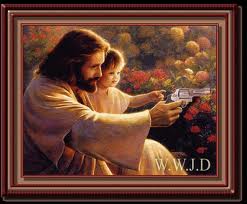 It's Wednesday Night Prayer Meeting on the Mike Malloy Show! Bring your favorite potluck dish and join us in the Fellowship Hall for three hours of flying-monkey-free fun and frivolity and righteous fury! And truth.

Why are churches getting involved in the gun business? Specifically, the Mormon church? Mormons can't drink, smoke, or have sex outside of marriage, but it's okie-dokie with Mormonai if they tote an unregistered AK-47?

According to The Telegraph:

"One of the most active and unregulated gun sale websites in America is owned by the Mormon Church, an investigation by New York's Mayor Michael Bloomberg has revealed.  This allows unscrupulous buyers who do not want their purchases recorded and tracked to buy a firearm without it being traced back to them or having to submit to a background check.  A source who worked on his investigation into online gun sales said: 'One would think that a church would feel a special obligation to make sure that they weren't fuelling a black market for a particularly deadly form of commerce.'"

Yeah, why would the Mormons want to make it easier to own unregistered guns? Is it to send more people to heaven, faster? Unregistered firearms just doesn't jive with the message of Jesus I read about, lo those many years ago. But hey, God needs bodies for the war against the antichrist, right? At least the Mormons are supporting organ donations, and that's a good thing.

And speaking of Rapture-Right wing-nuts, Rick Santorum's camp must believe in miracles after the holy trinity he pulled off yesterday. Maybe He is the Chosen One after all? Will Santorum get the chance to lift his presidential gaze to heaven and replace all our biology books with the Bible? Speak in tongues and turn the "blah" people white as lambs? Raise his arms above his head and change all the contraceptives into communion wafers? Lay his hands to heal the homosexuals and pray away the gay?

Whoa...there's some transubstantiation for you.

Kathy never expected a career in radio as a talk show producer. Born and raised in Atlanta, Georgia, Kathy was completing her nursing degree when in 2001 - in an emergency - she was asked to fill in as the producer of Mike's program. Within a few (more...)
Related Topic(s): Mormon; Santorum Rick, Add Tags
Add to My Group(s)
Go To Commenting
The views expressed herein are the sole responsibility of the author and do not necessarily reflect those of this website or its editors.