Big Tech's algorithms have turned billions of device users into addicts whose every whim is tracked and baited. 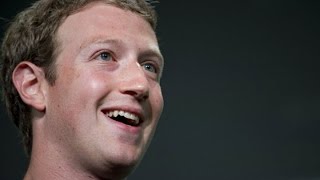 Everywhere you look, high tech is in somebody's bullseye. Take Apple. On the inside, top investors are worried about its products' effects on children. On the outside, liberal activists are grousing about its offshore billions it can now bring home under GOP tax reform. Even usually anti-regulation conservatives at the National Review are asking why Big Tech isn't regulated like Big Oil or Big Tobacco.

These examples, all recently in the news, confirm the trend but skim the surface. New national polling has found public opinion is shifting from a warm embrace to growing skepticism. It's not just the way so-called fake news on social media had a role in recent elections in the U.S. and led to congressional inquiries. And it's not just calls for federal anti-trust actions aimed at the most popular information curators, Facebook and Google.

Beyond these dots that attest to a backlash is understanding what's really going on below the screens and in the minds of Facebook's 2 billion users and Google-owned YouTube's 1.5 billion users. There is a new phrase describing this sphere of human activity, the technology behind it and its effects. What's being called the attention economy is coming under new scrutiny because it's seen as undermining the journalism profession as well as trust in public institutions and democracy.

"We come here in friendship," said Anthony Marx, president of the New York Public Library, co-chair of the Knight Commission on Trust, Media and Democracy, at Stanford University this week. The panel was created last fall to try to fix the attention economy's biggest problems, which also include the way Google search and Facebook have demoted the visibility of independent media, under the guise of fighting fake news.

Marx's comments elicited nervous laughter, because he had just presided over a panel that laid out in vivid and disturbing detail how Silicon Valley's best minds have created brain-tracking, brain-mimicking and brain-triggering computational formulas. These algorithms have turned billions of digital device users into information addicts -- and when put at the service of supercomputers, targeting online advertising or content placement, they have fractured society as never before.

"We're at Stanford; the belly of the beast. This is where it all started. Which is why we're here, why we need to understand what you all are thinking," Marx said, speaking to panelists, an audience filled with tech executives and commission members culled from some of the monopolistic companies under attack.

"Let's be very clear about two things," he said, proceeding diplomatically. "One, you all have created this amazing tool. If you had said to me as a child that I would have something in my pocket that could connect me to all the information in the world, potentially, I wouldn't have believed you. That's astonishing. So thank you. That's the good news."

"The less good news is this is not taking us to a good place," he continued. "It has not taken us to a good place. And I'm not supposed to say any of this, but your industry, the industry that you all are a part of, I think the world has changed its view of the industry in the last year, in a way that I have never seen the likes of before. Meaning what was thank you, is now uh-oh. Bad things are coming of this, and that puts us all on the spot, which is why we are here. We want to understand what is possible -- what can be better."

Those outside Silicon Valley's innermost circles cannot access or evaluate the algorithms powering Facebook's news feeds and advertising-driven content placement, or YouTube's engine that recommends other videos individual users might like. However, panelists at the Commission's Stanford University session were exceptionally articulate and forthcoming about the nature and goals of the algorithms, better described as brain-mimicking artificial intelligence.

One of the most outspoken explainers and critics was Tristan Harris, a former "design ethicist" at Google -- his company was acquired by it in 2011 -- who now runs a non-profit, Time Well Spent, which seeks to improve Big Tech's impact on society. What this under-40, ex-CEO said was as stunning as what looked like a blase' reaction from his industry colleagues.

Harris said the attention economy, or the media on everyone's smartphones and computers, is not just the endless marketing we all see. There's a deeper reason why many established news sources can be supplanted by shadowy propaganda on major platforms, why facts can be outrun by opinions and lies, and why narrower tribal loyalties can usurp democratic institutions.

Harris pointed the finger of blame at the heart and circulatory system of Silicon Valley. Its artificial intelligence algorithms are designed to trigger brain responses and be addictive, he said. They power a business model loosely called online advertising, but that is a superstructure that cashes in by targeting and provoking shared interests, via curated content. But it also separates society into disconnected spheres.

Steven Rosenfeld  covers democracy issues for AlterNet. He is a longtime print and broadcast journalist and has reported for National Public Radio, Monitor Radio, Marketplace,  TomPaine.com  and many newspapers. (more...)
Related Topic(s): Corporation Google; Facebook; Internet; Media; Technology; Youtube, Add Tags
Add to My Group(s)
Go To Commenting
The views expressed herein are the sole responsibility of the author and do not necessarily reflect those of this website or its editors.