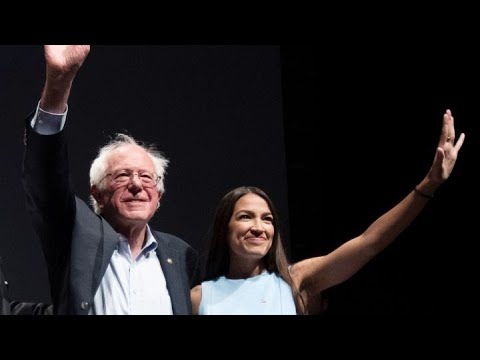 Every day now we're waking up into an extreme real-life nightmare, while responses are still routinely lagging far behind what's at stake. Urgency is reality. The horrific momentum of the coronavirus is personal, social and political. In those realms, a baseline formula is "passivity = death." The imperative is to do vastly better.

Consistent individual actions -- such as "social distancing" and extensive handwashing -- are absolutely necessary. People should stay home if at all possible. Other steps include disinfecting potentially contaminated surfaces and following the admonition to not touch your face.

Meanwhile, a huge social burden has fallen onto charities and other nonprofit organizations with resources that are tiny in relation to the scale of this catastrophe. Even in normal times they can't do much more than slightly ameliorate the shredding of government social safety nets, the shrinking of the public sector and the profit-obsessed cruelties of corporate capitalism.

Under the weight of the coronavirus emergency, the crucial political challenges involve fighting the bastions of dominant political malfeasance, lies and plunder at the top of the U.S. government.

"In order to save lives, protect working families, and boost our economy in sustainable and healthy ways," Oxfam concludes, "we need to take actions that are swift, bold, and well beyond what Congress has thus far been willing to approve." After partnering with Data for Progress to do national polling, Oxfam released a report that shows public opinion favors much more drastic legislation in response to the coronavirus rampage.

"Registered voters in the U.S. strongly support immediate, aggressive action in response to both the public-health and economic crises," the March 20 report says. "Among the measures they endorse: paid sick leave for all workers, emergency funding for food supplies for those affected by the crisis, free testing for the virus, and moratoriums on evictions, foreclosures, and utility shutoffs."

An immediate necessity is to galvanize political power from the grassroots to step up the pressure for an all-out government mobilization against this pandemic. That means continually pushing to generate maximum resources toward people who need them most -- now and for a long time to come.

Rather than being a respite from political power struggles, the coronavirus emergency is greatly intensifying them. More aid for those immersed in greed will mean less for those in desperate need. The quest by corporate profiteers to mercilessly exploit dire situations has never flagged.

Showing the vital importance of his national voice as a presidential candidate, Bernie Sanders has outlined some of the gluttonous corporate maneuvers now underway.

"Just in the last few days," he pointed out on Sunday, "we've seen numerous examples of lobbyists and their agents fighting for special favors: the airline industry is asking for $50 billion, the private space industry is asking for $5 billion, the hotel industry wants $150 billion, the National Association of Manufacturers wants $1.4 trillion, the International Council of Shopping Centers wants a guarantee of up to $1 trillion, Adidas wants to sneak in a long-sought provision allowing people to use pretax money to pay for gym memberships and fitness equipment -- even when many gyms and retail stores are closed nationwide, and corporate pork producers are using the coronavirus to push Congress to expedite guest worker visas, even at a time when international travel and immigration is largely shut down."

In this time of "unprecedented crisis," Sanders said, "we need an unprecedented legislative response that focuses on the emergency health care needs of the American people and that puts working families and the poor ahead of CEOs and huge corporations."

With this pandemic, fueled by the intentional neglect and greedy stupidity of Trump and Company, we have profuse reasons to heed words from legendary labor organizer Mary Harris "Mother" Jones: "Mourn the dead and fight like hell for the living."

To fight like hell for the living -- to protect people from the ravages of the coronavirus and a harsh economic system -- will require unrelenting work from progressive movements willing and able to organize effectively in every political arena.

Related Topic(s): Capitalism; Charities; Corona Virus Coronavirus Covid-19; Corporate; Greed; Pandemic, Add Tags
Add to My Group(s)
Go To Commenting
The views expressed herein are the sole responsibility of the author and do not necessarily reflect those of this website or its editors.