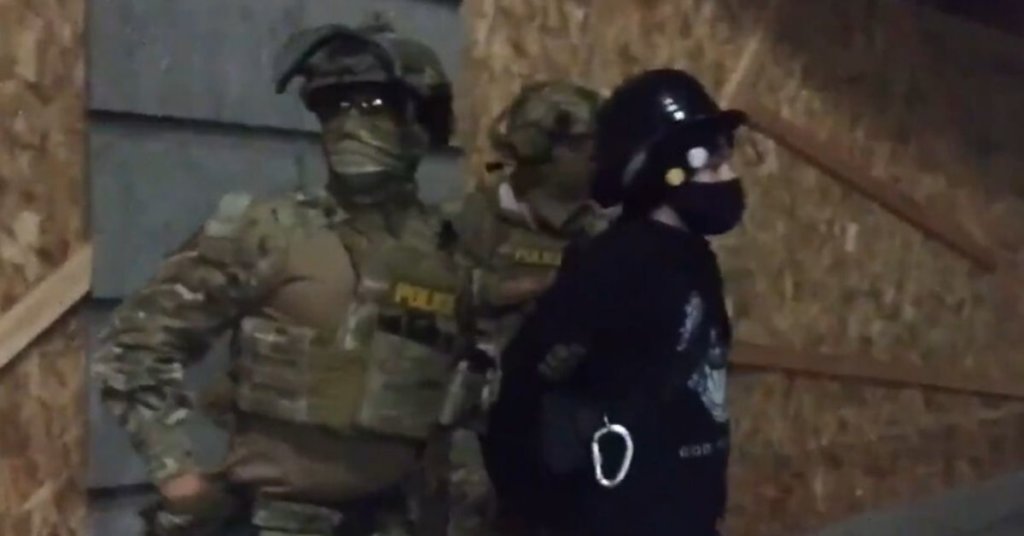 If you've been shrieking about tyranny over masks and lockdowns but you're fine with masked anonymous feds invading Portland and kidnapping protesters into unmarked vans, you have replaced your brain with a political party.

Hi I'm Maga McBootlick. I oppose big government, except when it's used to override local governments which refuse to violently quash protesters whose ideology I don't like.

Imagine being such a brainwashed, bootlicking cuck that you think "Antifa" poses a greater threat than masked feds invading a city and abducting people.

If graffiti counts as violence they should have no objection to replacing all police guns, tasers and batons with spray cans.

You know what's a much better way of stopping disruptive protests against police brutality than sending an army of masked feds in camo to invade Portland and abduct people into undisclosed locations via unmarked vans? Ending police brutality.

Don't side with the powerful. How f*cking hard is that?

Capitalism will always necessarily lead to authoritarianism, because cutthroat dominators will always be the ones to rise to the top of any capitalist system.

Related Topic(s): Anonymous; Billionaires; Capitalism; Government; Matrix; Police; Threat; Tyranny, Add Tags
Add to My Group(s)
Go To Commenting
The views expressed herein are the sole responsibility of the author and do not necessarily reflect those of this website or its editors.