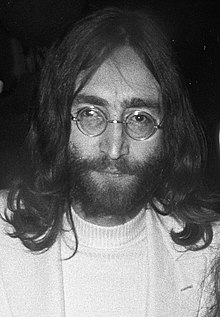 Duluth, Minnesota (OpEdNews) October 15, 2020: As a baby, I was baptized as a Roman Catholic. My formal education was, for the most part, in Roman Catholic educational institutions. For a significant period in my life, I was in the Jesuits (1979-1987). However, for many years now, I have not been a practicing Catholic. I would today describe myself as a theistic human, as distinct from an atheistic humanist (also known as a secularist).

For the record, I do not accept the roman Catholic Church's official teaching that distinctively human life begins at the moment of conception. Granted, at the moment of conception, a life-form begins. However, distinctively human life emerges only when the fetus becomes viable and can live outside the mother's womb, as the U.S. Supreme Court ruled in Roe v. Wade in 1973.

For a discussion of abortion from the standpoint of deontological moral theory, see my former colleague at the University of Minnesota Duluth James H. Fetzer's book Render Unto Darwin: Philosophical Aspects of the Christian Right's Crusade Against Science (Chicago and LaSalle, Illinois: Open Court, 2007, pages 95-120). (He and I are both retired now.)

Now, because of my background, I have been especially interested in Pope Francis (born in 1936; elected pope in 2013). For example, I read books and articles about his life in Argentina, his Italian immigrant family background, his Jesuit vocation and formation and life, and his rise in church appointments. No doubt he has been a charismatic figure in his adult life who has practiced what he preaches as pope.

For help in understanding what the articulate and talkative Pope Francis preaches as pope, I found the 2018 book of short essays by diverse hands A Pope Francis Lexicon, edited by Joshua J. McElwee and Cindy Wooden (Collegeville, Minnesota: Liturgical Press) helpful. The two essays that I found most instructive are "Dialogue" by the Franciscan Archbishop Roberto O. Gonzalez Nieves of San Juan de Puerto Rico (pages 40-43) and "Encounter" by Archbishop Victor Manuel Fernandez of Argentina (pages 61-64).

Nevertheless, their 2018 lexicon book contains no entries on communication and friendship - which suggests that the articulate and talkative Pope Francis had not operationally defined and explained these crucial considerations, at least not up to 2018.

However, in the United States of America, where the doctrinally conservative Pope Francis has met with vociferous resistance from conservative American Catholics, we Americans live in a culture characterized by friendliness without friendship. Therefore, it is crucial for Pope Francis to operationally define and explain the key concepts of friendship and communication for his overall project to be tenable.

Now, in his new visionary social encyclical letter addressed not only to practicing Catholics around the world, but also to people of good will around the world, Pope Francis undertakes the task of operationally defining and explaining his view in chapter six: "Dialogue and Friendship in Society" (numbered paragraphs 198-224; also see the accompanying 13 bibliographic notes 196-208; but biblical quotations in the text of his encyclical are followed by in-text parenthetical documentation).

In the fine overview/introductory paragraph (numbered 198), Pope Francis says, "If we want to encounter and help one another, we have to dialogue." True enough. But what about the people who are not interested in encountering and helping one another?