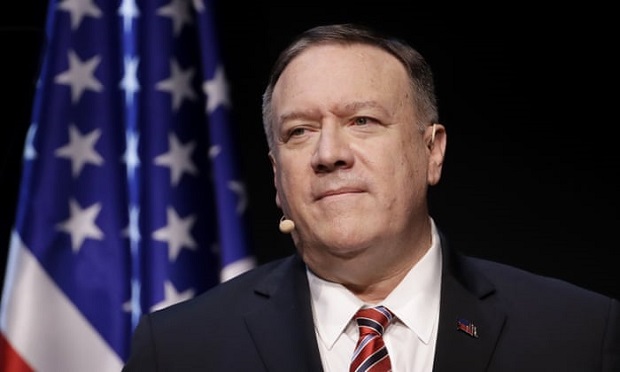 The new "deterrence" policy outlined by Pompeo appears to have restored and expanded the targeted assassination policy adopted at the urging of Vice President Dick Cheney during the George W. Bush administration. That policy, which rested on shaky legal ground, gave U.S. military forces wide latitude to assassinate persons abroad who were deemed "terrorists." One of Leon Panetta's first acts as director of the Central Intelligence Agency under Barack Obama was to cancel the Cheney policy.

Pompeo's speech spelled out that the United States reserves the right to carry out assassinations of other Iranian political leaders, individuals Pompeo referred to as "policy makers." Such a wide designation would put Iranian Supreme Leader Ayatollah Ali Khamenei, Iranian President Hassan Rouhani, and Foreign Minister Javad Zarif squarely in the U.S. cross-hairs.

More worrisome than Pompeo's threat against the Iranian political leadership was his statement that the U.S. deterrence policy also applies to the political leaders of Russia and China. Pompeo said, "The importance of deterrence isn't confined to Iran." In implying that the U.S. might carry out assassinations of Russian or Chinese leaders, Pompeo is playing with fire nuclear fire.

Russia and China have the capabilities to level major American cities with nuclear-armed ballistic missiles. Of course, Pompeo, a fundamentalist Christian, relishes such a notion of nuclear Armageddon considering his nonsensical beliefs in the "rapture" and the "end times" as foreseen in the New Testament's Book of Revelation. Members of death cults certainly have the right to commit suicide, but they do not have any right to take hundreds of millions of innocent people with them.

With recent revelations pun intended that Pompeo was "in the loop" on a criminal conspiracy by Trump personal attorney Rudolph Giuliani, Giuliani associates like Lev Parnas and Robert Hyde, and Ukrainian interlocutors to conduct surveillance of and possibly physically harm then-U.S. ambassador to Ukraine Marie Yovanovitch, a Pompeo employee, the Secretary of State's new policy of "deterrence" appears to include as targets internal U.S. government and wider domestic political opponents of Trump. And that means that Mr. Pompeo, far from being America's chief diplomat, is "in the loop" as a capo in a virtual Trump "Murder, Incorporated."

Yovanovitch's attorney stated, "The notion that American citizens and others were monitoring Amb. Yovanovitch's movements is disturbing. We trust that the appropriate authorities will conduct an investigation to determine what happened."

The murder of Washington Post columnist Jamal Khashoggi in Istanbul; the "suicide" of one-time Trump friend and alleged co-rapist of underage girls Jeffrey Epstein; and the "suicide" of GOP fundraiser and stolen Democratic National Committee e-mail interlocutor Peter W. Smith indicate that Trump's "deterrence" policy as described by Pompeo may have targeted American citizens and legal residents. Perhaps that is why one-time Giuliani associate Parnas, who is blowing the whistle on the corruption of Team Trump, said he is talking to the media because doesn't want to be "Jeffrey Epsteined" in his prison cell one night. And running a Murder, Inc. is worthy of more punishment than merely the impeachment of Donald John Trump.