An erratic political primary season full of the unexpected may inspire the curious to extend their search for answers toward the secrets in the firmaments. In the ancient world, astrology was a revered science, although, with the advent of the Cartesian disassociation with symbolism and archetypes, it mostly fell into disfavor. But there are exceptions. 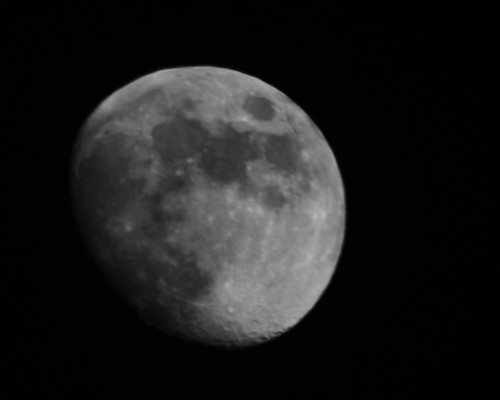 We know that the moon has effects on tides and moods. The Effect of the Full Moon on Human Behavior, a report by the American Institute of Medical Climatology, done for the Philadelphia Police Department, showed that "the full moon marks a monthly peak in various kinds of psychotically oriented crimes such as murder, arson, dangerous driving, and kleptomania."

Also, the Farmer's Almanac is well known for its predictions based on lunar cycles. Since the first edition was published in 1792, The Old Farmer's Almanac has included an astrology section in every issue.

And Descartes' perspective on the divorce of spirit and matter did not convince Carl Jung, who trailblazed a return to the archetypes, and to a world where there was indeed something superior to man's rational mind. 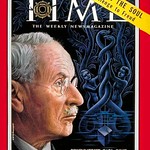 Jung on the cover of Time
(Image by turrido50)   Details   DMCA

Jung stated that astrology was based on "meaningful coincidence," noting, importantly, that this "synchronicity does not admit causality in the analogy between terrestrial events and astrological constellations." (Italics, mine.) Jung notes a "curious coincidence between astrological and psychological facts" and defines astrology as "projected psychology in which the different attitudes and temperaments of man are represented as gods and identified with planets and zodiacal constellations."

Several experiments in this field have shown intriguing results. In one, astrologers were given an assortment of zodiacal charts for people they had never met, and were asked to identify the serial killers mixed in amongst the average people. They were successful in identifying these serial killers from the information in their birth data, as detailed in a book on this experiment, Destined for Murder: Profiles of Six Serial Killers, by Harrison Young and Edna Rowland.

Anyone can be a millionaire, but to become a billionaire you need an astrologer.