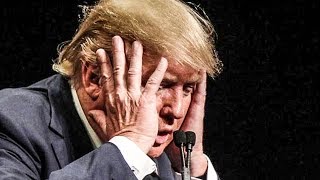 After 2017's election night, the Republicans are on the brink of falling apart as a national party -- and everybody who has been around politics longer than President Trump knows it.

"Ed Gillespie's resounding loss in Tuesday's Virginia governor's race -- coupled with a series of other losses in lower-profile races around the country -- will likely take what was bubbling concern among Republicans about their prospects in the 2018 midterms and transform it into a frothing cauldron of panic," wrote Chris Cillizza, CNN's editor-at-large and a longtime Washington analyst. "That panic is born not from the fact of Gillespie's defeat but the way in which he lost -- and the role President Donald Trump and Trumpism played in that loss."

As bad as the results were for Republicans on Tuesday (Democrats won two governors' races as well as legislative majorities in several states, and elected a deep bench of progressives to mayoral and other down-ballot posts), Trump's response in the aftermath will only make matters worse for the GOP.

First, Trump tweeted that Gillespie didn't follow his cues. "Ed Gillespie worked hard but did not embrace me or what I stand for," Trump said. That's false, because Gillespie did what Republicans across the country thought was their best strategy: embrace Trumpism but not Donald Trump. Gillespie defended Confederate monuments, made racist attacks against Latin Americans (by accusing youths of being gang members), and pledged to outlaw sanctuary cities and repeal the restoration of voting to ex-felons.

What did the president do next? His administration Wednesday issued its latest Cuba sanctions, alienating many Latinos, who according to exit polls, turned out to vote in record numbers in Virginia on Tuesday.

Trump isn't going to change course. Neither is his base, nor its stalwart supporters. On Steve Bannon's Breitbart.com, Wednesday morning's lineup completely ignored Tuesday's results. Instead, there was a gamut of stories revving up nostalgia for Trump's victory a year ago. The lead story was, "November 8, 2016: The Untold Story of Breitbart's Election Night." Down the page was its preview of Virginia's governor's race, instead of coverage of the results. "The contest between the two milquetoast and uninspiring establishment candidates represents nearly everything voters hate about politics," Breitbart claimed.

Outside Trumplandia, as many Republicans and political observers know, the opposite is true. A majority of Virginia voters rejected Trump's divisive politics and embraced competent governing -- or the prospect of it. The conservative National Review's Jim Geraghty put this rejection of Trumpism as bluntly as any seasoned Republican.

"If last night had brought a routine disappointment for Republicans -- say, the statewide candidates losing by a few points and only a handful of state assembly seats flipping to the Democrats -- the 'blame Trump' argument would be weaker," Geraghty wrote. "But last night was the worst night for Republicans in Virginia in a long time. Gillespie lost by the worst margin for a Republican gubernatorial candidate in the state since 1985. No GOP statewide candidate hit 48 percent. Perhaps more significantly, Republicans entered Election Day with a 17-seat margin in the state assembly and lost at least 13, with seven seats too close to call this morning." (By midday Wednesday, Democrats had won 15 of those seats, including 11 by women candidates.)

What's apparent to Republicans who haven't drunk the Trump-Breitbart-Fox News Kool-Aid is that Trumpism and following the party's white nationalist fringe is a recipe for sending the GOP into the wilderness. Trump-style extremism may help copycats win low-turnout primaries to get onto fall ballots. But it's increasingly apparent that such extremism is a formula for losing in the general election.

CNN's Cillizza, who used to write the Washington Post's Fix column handicapping candidates, noted Gillespie's Trump-like messaging completely failed in the party's wealthier northern Virginia suburbs, which are like many GOP strongholds across America. David Wasserman, the U.S. House editor for the Cook Political Report, noted that Trump's messaging also failed in Richmond and the suburbs around Hampton Roads, which are conservative and home to nearby military bases. As a result, six of 10 Virginians told exit pollsters they strongly disapproved of the job Trump is doing -- that is, his style, his substance and his accomplishments.

"There's simply no way to explain the demolition of Gillespie in the suburbs and exurbs other than a strong distaste for Trump among those voters," Cillizza said. "And, for all of the caveats and the don't-read-too-much-into-one-race-ism by the 'smart' political reporters, the simple fact is that every single Republican politician in the halls of Congress will be paying very close attention to what happened in Virginia Tuesday night and wondering what it all means for them." He continued:

"What it means -- at least as of today -- is this: Trump remains a potent and powerful force in Republican primaries. But, he is a potentially toxic taint with the broader general electorate. Which puts Republicans -- especially those facing potentially serious primary challenges or who sit in swing districts in the general election -- in a no-win position. Run away from Trump and risk losing your primary fight. Run with Trump and risk losing the general election. Badly."

This no-win frame -- that standing with Trump will be an electoral death knell in next November's federal elections -- was also seen in results outside Virginia. In New Jersey, where voters were tired of the antics of another GOP bully, outgoing Gov. Chris Christie, Democrats won a complete lock on legislative and executive branch power. In Maine, where another red belligerent is governor, voters said no to dismantling Obamacare and voted to expand Maine's Medicaid program under the Affordable Care Act.

Steven Rosenfeld  covers democracy issues for AlterNet. He is a longtime print and broadcast journalist and has reported for National Public Radio, Monitor Radio, Marketplace,  TomPaine.com  and many newspapers. (more...)
Related Topic(s): Anti-trump; Democratic Values; Panic; Political Revolution; Republican Candidates; Republicans-GOP; Trumpism; Voting, Add Tags
Add to My Group(s)
Go To Commenting
The views expressed herein are the sole responsibility of the author and do not necessarily reflect those of this website or its editors.