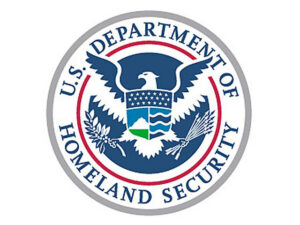 (Image by Unknown Owner)   Details   DMCA
"0" cellspacing="0" cellpadding="4" width="80%"> Several weeks ago the Office of Intelligence and Analysis at the Department of Homeland Security released a report -- coordinated with the FBI -- that examined the potential threats from right-wing extremist groups where it concerns domestic, homegrown terrorism.

The open and constant instigators of the sort of violence described in the report populate, like so many mutating viruses, talk radio and television and operate with complete impunity hiding, as they do, behind the guarantees of the First Amendment -- guarantees that they, swine like Glenn Beck, Limbaugh, Hannity, Boortz, et al, have no problem denying rational people.

During the presidential campaign, normal Americans were able to watch on the evening news the spear point of this right-wing hate at more than one McCain/Palin rally. The shrieks and screams of "kill him" from the Republican herd in attendance and the repeated references by the candidates -- especially the always-on-the-lookout-for-nearby-Demons Sarah Palin -- to the "Socialist" Barack Obama got the attention of federal law enforcement to the extent it was one of the reasons the report was compiled.

In addition to incitements and urgings from these right-wing political and mainstream media morons, there also came -- and still are coming -- the claims from the weirdest and dankest holes in the blogosphere, the deep rat warrens where readers of Newsmax, NewsBusters and other collections of neo-Nazi rants, can come together to rub vigorously each other's, um, reptilian fears and stroke each other's faux bravery as they plot their "counter-revolutionary" tactics and strategies. It's a real zoo, populated as it is by cowards, blowhards, Limbots, and wretched crazy people, all clawing in the Web-based muck for some, any, recognition from their fellow nut-balls. Hence, the over-the-top rhetoric in the foaming, near-incoherent plethora of blog sites.

One of the highlights of the report was a section dealing with the possibility of returning veterans -- soaked in combat stress, the exhortations from Jesus-is-God-so-kill-the Muslims military chaplains, and a toxic stew of right-wing hysterics broadcast incessantly by Armed Forces Radio -- being recruited by right-wing extremists who will try to "radicalize returning veterans in order to exploit their skills and knowledge derived from military training and combat." It was this section that caught the attention of an entire pod of right-wing media crazies. One of the more vocal was columnist and right-wing drooler Michelle (Maglalang) Malkin who insisted that this report was an open attack on our "returning war heroes" engineered entirely by the US-hating Socialist Barack Obama and the undercover foreign agents that now sit in his cabinet.

She was not the only one, of course. All the prominent (and more than a few of the lesser nut balls) leaders of the right-wing toxic waste dump we know as "conservative" talk radio seized on this report as yet another reason Obama was a threat to the nation and, gee, we better get ready because next he'll come for our guns and make us all divorce our spouses and marry the nearest queer!!!

But, there's more. (There always is when you are dealing with the media psychopaths who infest the nation's broadcast band.) The report addressed also the concern that "[R]ightwing extremists may be gaining new recruits by playing on their fears about several emergent issues. The economic downturn and the election of the first African American president present unique drivers for rightwing radicalization and recruitment." Consider the broadcast history of racist thugs such as Neal Boortz and Rush Limbaugh. Boortz has made a career of touting his racism for the benefit and enjoyment of the Southern white males who flock to him like flies around a dead and rotting armadillo. The concern expressed in the report has to do with the very real possibility that Boortz may inspire one of his racist listeners to take a .50 caliber sniper rifle, hide behind a half-open window along a presidential parade route, and alter history in the same way Lee Harvey Oswald (a veteran) did.

Or someone listening to Limbaugh may decide -- as did Timothy McVeigh (a veteran) -- that the best way to put one's contempt for the Socialist president on open display is to bomb a building and kill scores of innocent people, including, for the obvious shock value, dozens of kids.

The report is extensive and can be downloaded and studied here.

At some point normal Americans, regardless of their political alignment, must realize and end the madness and poison right-wing radio and television injects daily into this tired, vulnerable society.

Mike Malloy is a former writer and producer for CNN (1984-87) and CNN-International (2000). His professional experience includes newspaper columnist and editor, writer, rock concert producer and actor. He is the only radio talk show host in America to have received the A.I.R (Achievement in Radio) Award in both (more...)
Related Topic(s): Fear; Hate Speech; Hate-Racism-Bigotry; Issues; Radio; Republican; Television; Violence, Add Tags
Add to My Group(s)
Go To Commenting
The views expressed herein are the sole responsibility of the author and do not necessarily reflect those of this website or its editors.