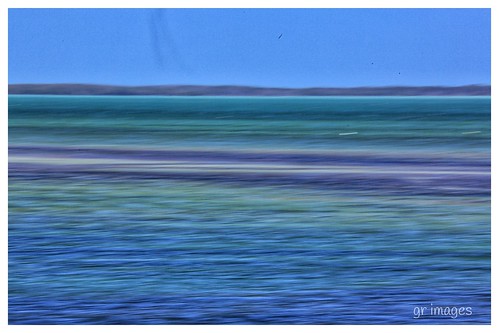 David Daley has written a splendid book proving that democracy is alive and well in this country (Unrigged, Norton 2019). The people have risen to the occasion of Trump's gargantuan threat and are fighting back at the grassroots level, doing what we do best: strategizing, organizing, knocking on doors, educating--the bottom line always. The amount of fake news forced on everyday people is appalling. Are the months preceding Election 2020 the people's last hurrah? Are we too late to have buckled down so effectively?

At the local level also, experts say rife skullduggery is possible and accessible among election officials--perhaps the easiest venue for election corruption. Witness what happened in Clay County, Kentucky between 2002 and 2006. Local officials took advantage of voters' incomplete knowledge of the machinery provided to them to hand the election to the operatives' choice candidate. Instead of correcting people's errors, they exploited them. This device among many.

Election 2004 in Ohio evidenced a botanical garden of skullduggery to interfere with efforts at a recount of paper ballots that were in many instances destroyed and/or discarded illegally, far sooner than the 22-month, federally mandated requirement to retain them.

"It's increasingly becoming clear that the integrity of the nation's elections can be compromised in a variety of ways," wrote one commentator I read this morning.

This was true, ten years ago, twenty years ago, with various forms of corruption rife in Florida 2000 most notoriously, but other states as well.

In short, I'm worried sick, along with a host of others. I'm convinced that our only way forward, distasteful as it is to many progressives, is to opt for the lesser of two evils and go full speed ahead toward Democratic Party unity. Even in the wake of the Iowa debacle we suffered this week back to back with Trump's acquittal. Were these two abominations related?

It's time to fight back dirty, to paraphrase the title of another outstanding recent study, David Faris's It's Time to Fight Dirty (Melville House, 2019). Overlap was certainly evident. Even the MSM (I found it on MSNBC) reported that Republicans jammed phone lines in Iowa by which precinct captains were attempting to convey caucus results after the Shadow/Acronym apps flopped miserable, inexcusably.

The poor will suffer, we all will suffer no matter who occupies the White House come January. But worse under Trump, who is salivating to rob more money from our hard-earned entitlements to benefit his cronies, chief among them himself. Salivating toward this among other atrocities.

It's fascism versus cooperating with Wall Street. The either/or fallacy. Plutocracy versus plutocracy on steroids.

We will buy more time to fight back against plutocracy by working together with the mainstream blue party. That's what I plan to do. Others have and will advance brilliant arguments why this alternative is unacceptable.

And Trump will gloat.

Related Topic(s): 2020; Caucus; Corruption; Democracy; Democratic; Elections; Fallacy; Fascism; Gerrymandering; GrassRoots; (more...) Organizing; Plutocracy; Progressives; Trump, Add Tags  (less...)
Add to My Group(s)
Go To Commenting
The views expressed herein are the sole responsibility of the author and do not necessarily reflect those of this website or its editors.