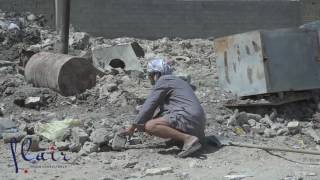 Victor Hugo said of the devastated Balkans in the 19th century: "The Turks have passed by here. All is in ruins or mourning."

The British were always masters of efficient imperialism. In the 19th century, they managed to rule a quarter of the Earth's surface with only a relatively small army supported by a great fleet.

Many of their imperial subjects were so overawed by the pomp and circumstance of British rule that they often willingly cooperated, or at least bent the knee.

Call it colonialism 101. Ardent students of Roman history, the British early on adopted the Roman strategy of "divide et impera," divide and conquer. The application of this strategy allowed the British Empire to rule over vast numbers of people with minimal force.

In my last book, "American Raj," I sought to show how the American Empire was using techniques of the British Imperial Raj (raj = rule in Hindi) employed in India to control the Mideast. Now, we are seeing the same strategy in forgotten Iraq.

Few talk or think about Iraq these days; the media ignores this important but demolished nation. Iraq, let's recall, was the target of a major western aggression concocted by George W. Bush, Dick Cheney and Britain's Tony Blair, financed and encouraged by the Gulf oil sheikdoms and Saudi Arabia.

Most people don't understand that Iraq remains a US-occupied nation. We hear nothing about the billions of dollars of Iraqi oil extracted by big US oil firms since 2003. For the US, Iraq was a treasure house of oil with 12% of world reserves. It was OPEC's 2nd largest producer.

Recall one of the leading neocons who engineered the invasion of Iraq, Paul Wolfowitz, claimed the US could finance its entire invasion of Iraq (he estimated the cost at about $70 billion) by plundering Iraq's oil. Today, the cost of the occupation has reached over $1 trillion. Wolfie is nowhere to be seen. Meanwhile, President Trump says the US will grab Syria's oil fields. Wherever it may be, oil is as American as apple pie.

So where did all the money go? A large amount for corrupt Iraqi politicians and more for the 10-plus US bases in Iraq. Perhaps a modest payoff for neighboring Iran, and Iraq's Shia clergy, or helping finance Iraq and Syria's ISIS. But that still leaves a huge amount of unaccounted cash from oil plundered by the US. One day we may find out.

In recent weeks, Shia and Sunni Iraqis have been rioting to protest continuing US proxy rule via a Washington-installed puppet regime in Baghdad that, curiously, also has some Iranian support. As of this writing, 120 Iraqis have been shot dead and some 6,000 wounded. This while scores of Palestinians are being killed by Israel in Gaza.

In the Cheney-Wolfowitz's plan, Iraq was to serve as the principal US military base to control the entire Mideast, Iran and Afghanistan. This didn't happen because of fierce Iraqi resistance to US-British rule. But the US has still kept some army, marine and, most important, air bases in Iraq. Supposedly "independent" Iraq is not allowed modern air or armored forces and its air space remains under US control. The US troops that were recently sent to Syria came from the Iraq garrison a small version of Dick Cheney's imperial dream.

Ever since the 2003 invasion, Iraq has been ruled by a succession of US-appointed figureheads who have proven as corrupt as they are inept. During the war, the US destroyed most of Iraq's water and sewage systems, causing some 500,000 children to die from water-borne diseases, wrecking much of its industry and commerce, leaving millions of men unemployed. Public services have broken down.

Before the US invasion, Iraq led the Arab world in industry, farming, medicine, education and women's rights. All that was destroyed by the "liberation."

Related Topic(s): Bush; Iraq War; Oil; Trump; Wolfowitz, Add Tags
Add to My Group(s)
Go To Commenting
The views expressed herein are the sole responsibility of the author and do not necessarily reflect those of this website or its editors.