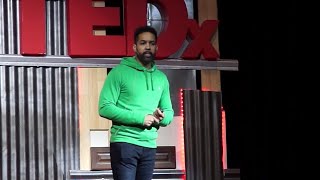 .Racism: The Secret of My Success. | Jasiri X | TEDxUniversityofPittsburgh Jasiri X is the first independent hip-hop artist to be awarded an Honorary Doctorate, which he received from Chicago Theological Seminary in 2016.
(Image by YouTube, Channel: TEDx Talks)   Details   DMCA

Two African American men were shot by the police, and a grand jury investigation just affirmed that the local Fraternal Order of Police (FOP) President, Officer Robert Swartzwelder, deliberately covered it up.

According to an Allegheny County grand jury investigation, Officer Swartzwelder, intentionally withheld information and attempted to block investigators, although nothing at all has been done to reprimand Officer Swartzwelder for his attempt to pervert and to subvert the course of justice.

Activists need your help to put a spotlight on the lengths to which police unions around the country will go to keep officers from being held accountable for taking African American lives. By bringing more and more attention to Swartzwelder's corrupt actions, it might be possible to bring about his being fired, and thereby we might set a new standard for police accountability across the United States.

According to the grand jury's report, Swartzwelder acted with, "deliberate malfeasance," and "utter disregard," for the policies and ethical standards of the Police Bureau following the 2017 shootings of both Thompkins and Howard.

Swartzwelder prevented investigators from gathering needed evidence, which led to an "appearance of impropriety" and an apparent cover-up.

All of which Swartzwelder arranged -- as he abused his overseeing power to obstruct each stage of the investigation. As a result, the command staff from the city police acquiesced to Swartzwelder's demands and implemented no longstanding policies for future investigations. No one with authority over Swartzwelder told him to stop.

While the grand jury has recommended a series of actions for the Pittsburgh police to follow, including bringing in Allegheny County police to further investigate officer-involved shootings, this is not enough.

According to Pittsburgh's own Mayor Bill Peduto: "Any time the supervising detectives from the district attorney's office could have intervened to stop the FOP president's interference at the scenes but did not do so."

Not punishing Swartzwelder is tantamount to admitting that a culture of corruption and violence exists inside the Pittsburgh Police Department unabated.

Demand Swartzwelder is held accountable for his actions -- Together we can set a precedent for holding the police accountable for their violence against Black communities.