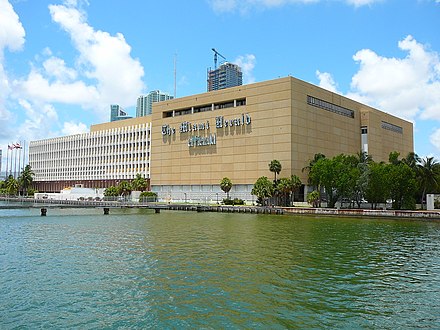 Here is a bit of the text:

Rep. Donna Shalala said when asked if she would campaign for Sanders should he win the nomination. "That's a hypothetical question and since I don't think he's going to be the nominee, I don't have to answer the question."

Bernie Sanders may have emerged with the most votes from the first two contests in the 2020 Democratic primary, but Miami's House Democrats echoed many lawmakers in Washington this week when they said it's far too soon to consider the prospect of a democratic socialist as the party's nominee.

Sanders' rise has set off alarm bells in the House of Representatives, where Democrats won a majority in 2018 in part by defeating Republicans in districts President Donald Trump won in 2016.

Even asking the question about whether they would support Sanders elicited eye rolls and stone-faced stares from three of Miami's four congressional Democrats.

Only Rep. Frederica Wilson, a Biden supporter and the only Miami Democrat currently endorsing a 2020 candidate, said she'll support Sanders if he emerges victorious.

"Yes! Yes! Yes!" Wilson said when asked if she would campaign for Sanders after the convention. "Listen, there's a lot of people concerned about every one of the candidates. I will support anyone who becomes the nominee because my main goal is to beat Donald J. Trump. I think any one of them can beat Trump. ... He's an impeached president."

Wilson represents an urban, majority-African-American district where Democrats must come close to Barack Obama's voter turnout levels in 2008 and 2012 to offset Republican advantages in Florida's suburbs and rural areas.

House Speaker Nancy Pelosi insisted her members are "calm, cool and collected" about the 2020 primary during a press conference on Thursday.

She denied that the wide-open primary, where Sanders appears to have left-leaning voters all to himself while moderate Democrats are left with a host of options, has rattled lawmakers worried about losing their seats with a democratic socialist at the top of the ticket.

"I can hear you all say, oh, we're all in a panic, the established Democrats. I'm like, is there some establishment that I don't know about around here?" Pelosi asked reporters. "We respect the process. The people will winnow the field."

Related Topic(s): Charleston Post And Courier; Florida Politics; Miami Herald, Add Tags
Add to My Group(s)
Go To Commenting
The views expressed herein are the sole responsibility of the author and do not necessarily reflect those of this website or its editors.