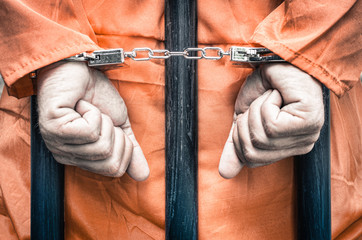 You probably have never heard of Alford pleas. They are intended for defendants who maintain their innocence, but who recognize that a judge or jury is likely to convict them. An Alford plea is not an admission of guilt, although judges treat them the same as they would a guilty plea. It is essentially a "no contest" plea. "I'm innocent, but I recognize that you have enough evidence to convict me anyway."

Unfortunately, Alford pleas have become crutches for mediocre defense attorneys or for those who just don't care about defending clients facing criminal charges. The sad truth is that many attorneys simply don't want to do the hard work of defending their clients, and it is hard work to defend people charged with serious crimes.

Many defendants who are innocent, or who otherwise have solid defenses, often conclude that an Alford plea is better than facing a trial with a disinterested attorney. Alford pleas are their only chance to get some kind of defense across in court while maintaining their innocence.

But Alford pleas can backfire.

The term "Alford plea" grew out of a 1963 North Carolina murder case. Henry Alford was arrested and charged and feared that he would be convicted and executed in the gas chamber. His attorney advised him that pleading guilty to second-degree murder was the only way to avoid the gas chamber.

Alford's case was problematic from the beginning. He had a prior murder conviction, and eyewitnesses said he had admitted to the murder. But there were no witnesses to the murder itself.

Alford received a 30-year sentence. An appeals court overturned his conviction on the basis that his attorney coerced him into a guilty plea. The U.S. Supreme Court upheld his conviction in a 6-3 decision handed down in 1970.

(I discussed an Alford plea in my own case. I believed that I was innocent of the five felonies the government charged me with after I blew the whistle on the CIA's torture program. But my attorneys advised that an Alford plea was tantamount to pleading guilty and that we would fight the charges. In the end, the government dropped four of the five charges, I pleaded to the fifth, and I was sentenced to 30 months in prison.)

Alford pleas, in addition to being a tool for the worst attorneys, are really disliked by judges. A 2003 article in the Missouri Law Review found that many judges believe an Alford plea allows defendants to "escape" responsibility for their crimes, even though the point of an Alford plea is to allow them to maintain innocence in the face of harsh penalties.

In 1998, the Virginia Court of Appeals rejected an Alford defendant's argument that the sentencing judge ignored his claim of innocence and cited his lack of remorse for the crime -- which he denied committing -- at sentencing. The court simply noted that he could have testified if he had felt sympathy for the victims. But this would have opened him to cross-examination and potential self-incrimination, something the Constitution protects all of us from. So by denying responsibility, the very purpose of an Alford plea, defendants essentially set themselves up for harsher sentences because they aren't remorseful.

But Alford pleas are only useful if the death penalty is involved. The same Justice Department study found that no one who entered an Alford plea in a murder case received the death penalty; almost 21 percent received life sentences. Of murder defendants who entered pleas of not guilty and were later convicted, three percent were sentenced to death, and 46 percent received life sentences.

Other criminal defendants turn to Alford pleas when they conclude that their attorneys aren't up to the job of defending them. For example, the plea requires them to accept all evidence entered against them. But many defendants argue that they were never shown evidence nor were they given an opportunity to object to it.

This happened to a prisoner whom I discussed in earlier articles about solitary confinement. This particular prisoner was charged with sexual assault on a 17-year-old foster child, a charge he denies adamantly. He had no prior arrests, and he had never faced any complaints during a decades-long tenure working with and teaching troubled youths.

Related Topic(s): Crime; Criminal Justice; Death Penalty; Defendent-attorney, Add Tags
Add to My Group(s)
Go To Commenting
The views expressed herein are the sole responsibility of the author and do not necessarily reflect those of this website or its editors.