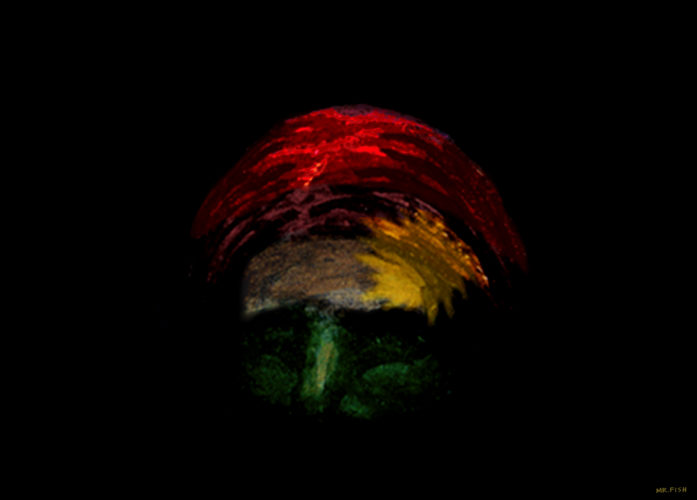 I stood on the wind-swept Kalowa Hill in the northern Iraqi city of Sulaimaniya as Pershan Hassan, a stocky 53-year-old woman, clambered quickly up the dirt track leading to where a mass grave was being excavated. She clutched a framed black-and-white picture of a boy. She pushed her way through the crowd that was looking down at the unearthed remains of dozens of bodies. Suddenly, she let out a gasp of pain and recognition as she saw the skeletal remains of her 13-year-old son, Shafiq. A faded blue blindfold was wrapped tightly around his skull. The casings from spent bullets were scattered around his dark brown bones.

"I know him by his clothes," she whispered, her voice breaking as she lifted the garments and kissed them. "I raised him without a father."

It was December 1991, after the first Iraq war. Saddam Hussein had ruthlessly crushed a Kurdish revolt in the aftermath of Iraq's defeat that spring by the United States and its allies. Two million refugees had fled toward Turkey and Iran in April 1991. Many froze to death in the snow-covered mountain passes as they tried to escape. The international community, responding to the heartbreaking images, created havens for their return in northern Iraq, forcing Baghdad to withdraw its troops.

I spent months with the Kurds as a reporter for The New York Times after the Iraqi withdrawal, including living and sleeping with seven Kurdish, or peshmerga, bodyguards after Baghdad offered bounties of $1,000 for the murder of Western reporters and aid workers in the Kurdish region. Several of my colleagues were killed or badly wounded.

Kurdistan, "land of the Kurds," is recorded as far back as the 15th century by European visitors. The Kurds, who speak Kurdish and are mostly Sunni Muslims, were promised a state by the victorious allies following World War I and the dismantling of the Ottoman Empire. Instead the Kurdish region was carved up among Turkey, Syria, Iran, Iraq and the Soviet Union. The Kurdish struggle for an independent state, an effort that has included numerous armed insurgencies, has lasted nearly a century. And so have the brutal waves of repression, extermination and betrayal to crush Kurdish aspirations.

President Donald Trump's abandonment of the Kurdish-led Syrian Democratic Forces (SDF) in northern Syria is another chapter in a sad and heartless game, repeatedly replayed, in which Kurdish forces are armed and used to achieve the strategic aims of rival nation-states and then discarded. An estimated 11,000 Kurdish fighters died battling Islamic State (ISIS) in Syria. They were cannon fodder for the United States.

Turkey's recent incursion into northern Syria is aimed at weakening the ties between the SDF and the rebel Kurdistan Workers' Party (PKK), which has carried out an insurgency in southeastern Turkey since 1984. The PKK, whose popular backing has been bolstered by the brutal Turkish repression of the Kurds, has broad support and is a surprisingly effective insurgent force.

When I was with a PKK unit operating along the border between Turkey and Iraq I noted to the commander how well trained his unit appeared to be. "Oh," he said, "we tell our fighters to do their two years of compulsory Turkish army service before they join us."

There are between 25 million and 30 million Kurds who live in the swath of territory that stretches through northern Iraq into Turkey. It is the largest ethnic group in the world without a state of its own. Kurdish groups and clans, to survive, make ever-shifting alliances, including the latest decision by the SDF to unite with Damascus. Kurds have forged temporary alliances throughout their history with the U.S., the Soviet Union, Iraq, Iran, Syria and Turkey. These alliances have always disintegrated, usually when the Kurds were no longer considered useful.

Shah Mohammad Reza Pahlavi and the United States' then-Secretary of State Henry A. Kissinger, for example, armed the Kurds in northern Iraq as a way to destabilize Baghdad. But the shah, in a secret deal with Baghdad, sold out his Kurdish allies, allowing Iraq to carry out a scorched-earth policy against the Kurds that created a humanitarian disaster and an exodus of Kurds in 1975 as devastating as the one resulting from the aborted Kurdish rebellion in 1991 after the Gulf War.

The counterinsurgency campaigns against the Kurds, often unseen or ignored by the outside world, have at times reached genocidal levels. Baghdad dropped poison gas on some 60 Kurdish villages in 1988 and razed 4,000 Kurdish villages in what was known as the Anfal campaign, an attempt to annihilate the Kurds in Iraq. As many as 200,000 Kurds were "disappeared," with tens of thousands rounded up and executed. I was present as mass graves, each with more than a thousand bodies in northern Iraq, were excavated, including one with 1,500 Kurdish soldiers in the Iraqi army who had apparently attempted to rebel. I passed village after village in northern Iraq that had been dynamited into rubble. There was no electricity or running water and little food. It was not uncommon to find families living like moles under the collapsed slabs of concrete of their former homes, the land around them littered with land mines.

The withdrawal of Iraq from the northern Kurdish areas following the 1991 Gulf War created a de facto Kurdish state, the third this century. But Turkey remains determined to destroy it once Turkish forces finish with the Kurdish enclave in northern Syria. If history is any guide, the autonomous Kurdish region in northern Iraq will be as short-lived as the other autonomous enclaves briefly carved out by the Kurds over the last century.

The absence of Iraqi authorities in northern Iraq allowed me to pore through stacks of police files, including photographs and videotapes of torture and executions. I saw the long, typewritten lists that chronicled killing after killing, sometimes for trivial offenses. One man was sentenced to death because he had a picture of a rebel Kurdish leader in his wallet. Eighteen tons of Iraqi intelligence files documenting decades of repression, torture and murder were eventually recovered.

The execution sites were often next to the mass graves. On Kalowa Hill five tires filled with concrete marked the spot where hundreds of people were shot to death. Earthen embankments bordered the site at the back and two sides. Prisoners were blindfolded and their hands were tied at their backs. They were bound to 10-foot poles. I watched videos, left behind in Iraqi detention centers, of many of these executions. I was once shown a picture of three Iraqi officials squatting like big-game hunters next to the slumped body of a man who had been shot to death. One of the Iraqis, wearing a beret, grinned as he held a knife to the corpse's neck.

Related Topic(s): Death; Execution; Iran; Kurds; Syria, Add Tags
Add to My Group(s)
Go To Commenting
The views expressed herein are the sole responsibility of the author and do not necessarily reflect those of this website or its editors.