I was sure Donald Trump would get a bounce from his lightening trip to Mexico: he would show that he can walk and chew gum at the same time, compared to a Hillary who would have planned the visit to a foreign president for months. 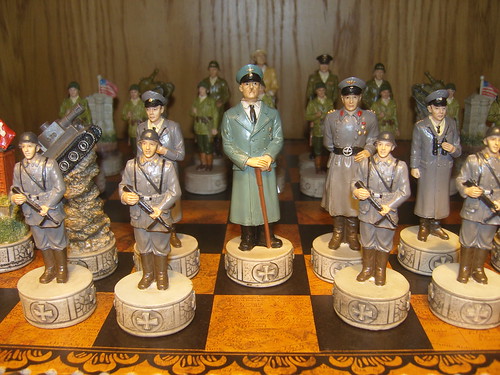 I was right about the bounce, but it's clear that it has a whole other meaning: the meeting with the Mexican president forced Trump to show the dangerous side pundits have been warning of: not just angry, but vindictive, and playing to supporters who worship this trait.

Little more than a month separates American voters from the chance to pick which form of fascism they will embrace: Hillary's version that will, whip so-called allies into line and if 'necessary', nuking recalcitrant nations like Russia, to advance the goals of Wall Street, or Trump's cruder incarnation at the point of citizens' guns.

But even more stunning has been the reaction of the morning's tv anchors: usually quick to make the most of any hint of 'breaking news', as if fascism could only happen elsewhere, to other naive people. Joe and Mika smoothly followed their cool comments on the night's events buy announcing Trump's next appearance at a black church, while CNN, as if nothing extraordinary was begging for a headline, announced that next week they will do a close-up on both candidates.

Is this how it happens?

Related Topic(s): Allies; Citizens; Fascism; Fascism-Cant Happen Here; Hitler; People; Pundits; Supporters; Warning, Add Tags
Add to My Group(s)
Go To Commenting
The views expressed herein are the sole responsibility of the author and do not necessarily reflect those of this website or its editors.