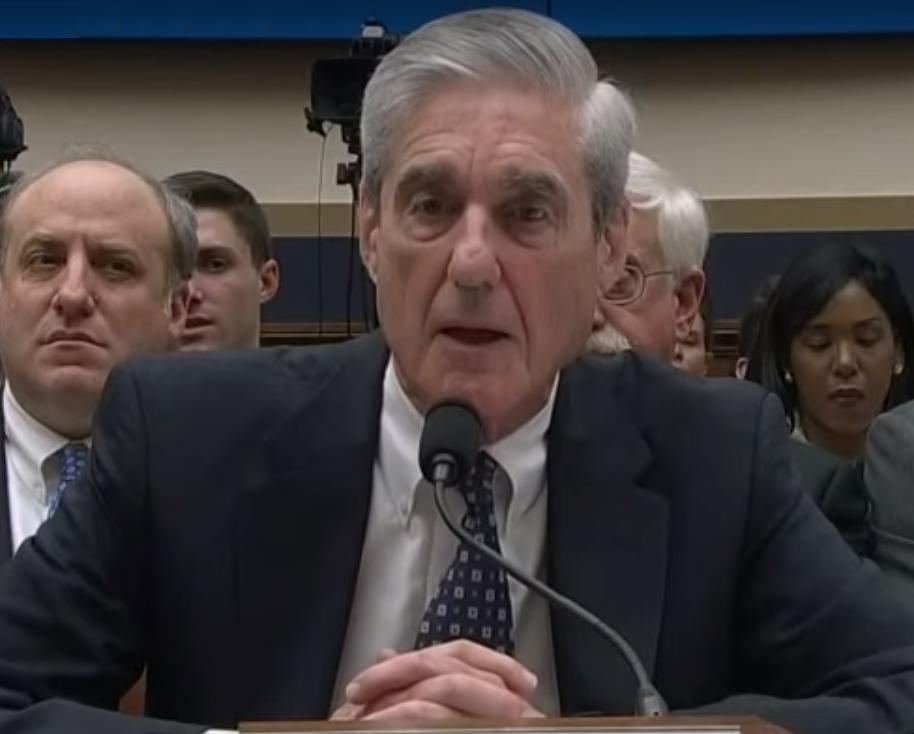 Schiff went on to call the intervention "the most serous attack on our democracy by a foreign power in our history." Representative Jackie Speier ramped things up by calling it an "invasion" of the US. Are they really serious? Perhaps neither of them had heard of the War of 1812 when Great Britain briefly occupied Washington DC and set fire to the White House. The Schiff/Speier comments sound quite hyperbolic to me. What are they trying to do?

Many had expected to hear a breakthrough from Mueller. Previously he had frustrated lawmakers when he failed to go beyond the contents of his report. But Mueller's congressional testimony fell short. He maintained the same stance. Congress members grilled Mueller on Trump obstruction. Ironically he responded by obstructing their inquiries with numerous variants of "no comment."

Russian media openly wondered if the hearing would finally put an end to Russiagate. They call it the "Russia hoax."

Of course, it did not. That's because according to my analysis Russiagate has little to do with Russia. It seems more of a broader reaction to Trump's campaign promise to get the US out of foreign wars and achieve an accommodating relationship with Russia. Actualizing that promise would likely threaten powerful political and financial interests that receive essential benefits from a high level of world tension. Perhaps that's one reason why Trump has been largely impeded from fulfilling that campaign promise.

If you strip away all the histrionics, the Russiagate allegations we're talking about are what's always been called plainly international intelligence-gathering and propaganda. What major world power can claim that it does not engage in those practices? This not an attack on democracy or an invasion. But Trump's opponents have cleverly succeeded in exaggerating matters beyond sensible proportions. In the hearing Adam Schiff spoke of Russia "intervening in our election." But irrefutable proof has been elusive.

Trump has shown great strategic ineptness by being sucked into that framing of the situation put forth by his political enemies. Instead he should be stripping away the histrionics and unmasking the perpetrators of the mischaracterizations. Putin has also responded to the matter with a similar lack of strategic sophistication.

But it's high time that they both smarten up. If they don't, American University in Moscow president Edward Lozansky warns, the worst is still to come. Lozansky explains that "according to an increasing number of experts and former US government officials, the decade-long anti-Russia hysteria may end up in a direct military US-NATO vs. Russia confrontation with the use of nuclear weapons."

A lot is made of Mueller's statement that he was unable to exonerate Trump. Representative Mike Turner homed in on this. He pointed out that neither Mueller nor the Attorney General has the power to exonerate. He added, "In our criminal-justice system there is no power or authority to exonerate." A befuddled-looking Mueller was totally unable to refute that.

In the end, Mueller has characterized himself as a clown. It wasn't bad enough that he stretched out a specious investigation that had no credible basis from the start. But his statements at the hearings belied what is either a lack of serious intent or simply tragically muddled thinking.

As proof, I offer the statement by Mueller that he "can not rule out that unavailable information would lead to a different conclusion." In other words he's saying we don't know whether what we don't know would change a conclusion that is based on what we do know. What a dopey remark.

So now will Trump's opponents have to come up with a new approach to stymie him? Actually, they don't have to do anything new. The tactics they've been using are working. They are successful in obfuscating the reality.

CNN's spin on the Mueller hearing: "Mueller confirmed details Trump doesn't like to admit." MSNBC chimed in with "Mueller makes strong warning on 2020 Russian interference threat." No mention of the weaknesses of Mueller's testimony. The game goes on. The cause endures. Trump is continually maligned by specious allegations that are widely believed. Nothing's new. The grave danger Lozansky warns of lives on.

Related Topic(s): FBI Director Robert Mueller; Mueller Investigation; Propaganda; Russia Investigation; Russiagate; Russian Interference; Trump Russia Connection; Us-russia Relations, Add Tags
Add to My Group(s)
Go To Commenting
The views expressed herein are the sole responsibility of the author and do not necessarily reflect those of this website or its editors.