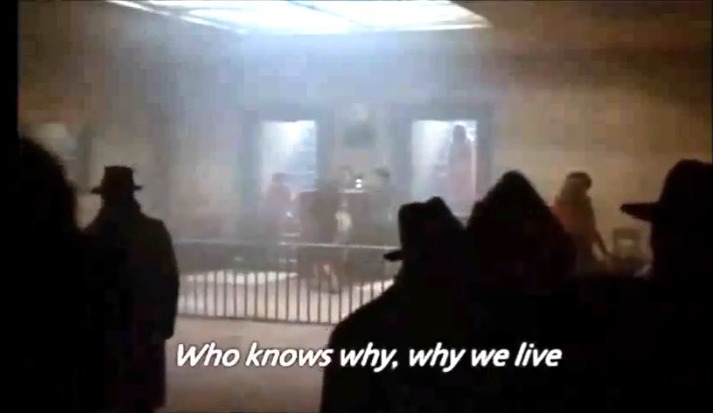 In one of the Fellinis there's a clown

with whorehouse questions about life and death,

and his boffo answer that takes the breath:

O who the f*ck knows. Puts his money down,

hops on his honey pot, and goes to town

shoots his load into her vaginal brine --

mine field of lost sighs for the Kaiser's crown.

On the toilet stall wall: Dante was here!

And just beneath it: Beatrice was too.

with the wads, the long-held beliefs of poo

expressed in groans and grunts and gaseous air;

flushed away revolutions in the loo.