Many people are writing about the subject, and since there's inconsistency among the various accounts, they can't all be true. I've become convinced that the virus originated in the US and was brought to Wuhan during the Military World Games in October. Whether its origin was a bioweapons laboratory is a big question on which there are contradictory opinions.

South Korea and China have both done a good job limiting the virus. China did it with strict and universal limits on travel. No one was allowed to leave Wuhan. Train and air travel were severely restricted for everyone. Whole populations were kept indoors for weeks on end. Korea achieved similar success with widespread testing and quarantine of just those people who tested positive. There was much less disruption in Korea, but perhaps China did not have the luxury of selecting that option because, earlier in the cycle, tests were not yet available.

Japan and England have elected to continue most economic activity normally and spread of the virus in these countries has been faster, but it's not the catastrophe that everyone has been afraid of. Death rate estimates have come way down to abut ¼ of 1%, and almost everyone who dies "of COVID" has complicating issues or is elderly.

Imune-boosting herbs, intravenous vitamin C, and especially chloroquine seem to be effective treatments. They are not being applied as widely as they could be, and I wonder about the motives of those who are promoting a vaccine that does not exist yet in preference to applying treatments that have good anecdotal support until clinical trials can be done.

In the US and much of the West, governments are loathe to impose strict quarantine, and yet they have shut down their economies. This is the worst of both worlds.

The effect of half-measures on spread of the disease is small. This conclusion comes from intuitions about exponential processes, from my own computer modeling, and also from the few epidemiological experts who dare to talk about the subject. The effect of isolation and curtailment of economic activity is very real. People in isolation become despondent and effects on health and resilience are significant. I haven't been able to find statistics on recent changes in suicide rates, but it's a reasonable guess that the indirect health effects of depression, overeating, and suppressed immunity from "shelter in place" are going to be greater than the direct impact of the disease.

COVID has cost trillions of dollars in the US alone. If these trillions had been allocated generally to public health meausres via anything approachig a rational analysis, the benefits would be transformative.

Why have our governments been willing to pay so much in cash and sacrifice so much in freedoms for health benefits that are uncertain at best, and may be illusory?

I'm suspicious of official response to the COVID phenomenon. In the more generous interpretation, authorities are taking advantage of a crisis to tighten their grip on power, suspend Constitutional liberties, and curtail freedoms. If we are inclined to a less generous view, we might suspect that the entire crisis is staged. 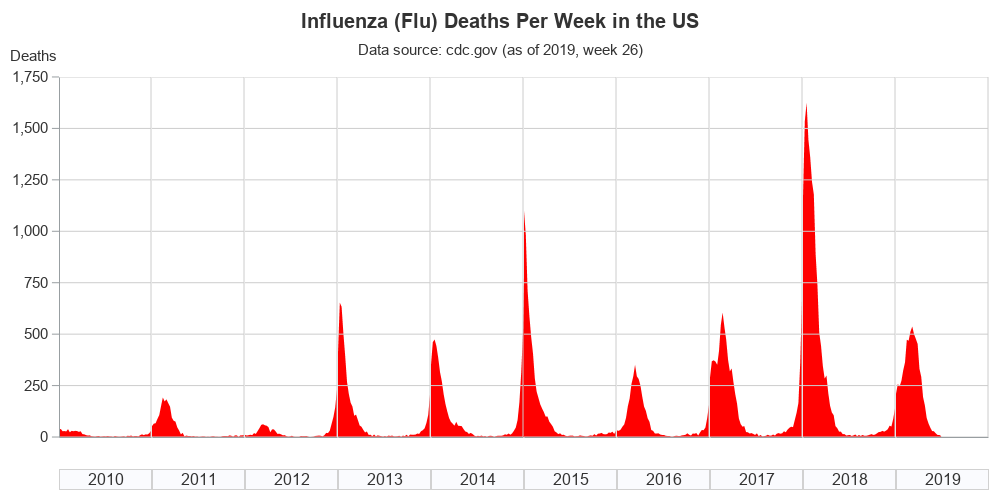 Each year, the flu dies out in May, only to re-appear in the fall. SARS and MERS and the Hong Kong flu disappeared before the summer months. I expect COVID to do the same.