"Time Magazine ranked the Southern Baptist Convention's refusal to establish a database of clergy sex offenders one of the most under-reported news stories in 2008..." 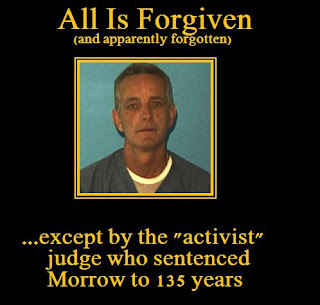 It was only ten years ago that Tampa, Fla youth pastor Randy Morrow received 135 years for repeated sexual abuses of children under 12. But some people in today's Christian Right have short memories: especially when doling out as much Islamophobia or homophobia as they can muster.

The outreach at Milpitas High School was a great beginning to our "Defend Our Student's Campaign." Hundreds of flyers were distributed to interested students as they left campus. The flyers told the shocking truth about Islam and Muhammed having sex with a six year old wife. The young ladies were especially outraged. The school newspaper sent out three aspiring journalists to interview us and they asked some very good questions. 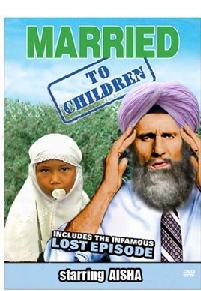 BTW: Milpitas was the site of several hate crimes against a mosque years ago. Again, DefendStudents.org seems to have a problem with its memory.

It is also interesting to note that biographies of Mohammad relate that while he was able to marry Aisha at the age of six, he was not permitted by revealed Muslim law (the Q'uran) to consummate the marriage until she was nine. It may seem a small difference, but when you are distorting pedophilia, the younger the age, the more the outrage.

Hypocrisy, by definition, is doing the same thing that you preach against: the acts of pedophile priests were covered up as well as that other group reaching prominence in pedophile/child molestion history: the "youth pastor."

Some of the more recent stories:

Rev. Dan Vojir is has been writing/blogging on religion and politics for the better part of ten years. A former radio talk show host (Strictly Books " Talk America Radio Network) and book publisher, Dan has connected with some of the most (more...)
Related Topic(s): Child Abuse; Child Molestation; Hate Crimes; Hate Speech; Hate-Racism-Bigotry; Homophobia; Islamophobia; Liberty Counsel; Matt Barber; Mohammad; (more...) Pedophilia, Add Tags  (less...)
Add to My Group(s)
Go To Commenting
The views expressed herein are the sole responsibility of the author and do not necessarily reflect those of this website or its editors.